The Korean Embassy is delighted to announce the 6 finalists of the 2021 K-POP World Festival in Sri Lanka.

The ‘K-POP World Festival’ is a global festival for participants who are enthusiastic about K-POP, which is co-hosted by the Korean Foreign Ministry and the Korea Broadcasting System (KBS).

In this time of the covid-19 pandemic, the Preliminary Round of the K-POP World Festival in Sri Lanka took place on a virtual platform.

The K-POP festival in Sri Lanka was organised by the Korean Embassy together with popular duo Bathiya and Santhush and Channa Wijewardena, a professional dancer, choreographer and member of Channa-Upuli Performing Arts Foundation.

Bathiya Jayakody, Santhush Weeraman, and Channa Wijewardena thankfully served as judges in selecting the best performers who will qualify to the next round of the 2021 K-POP world festival from Sri Lanka.

Korean Ambassador, Santhush highly commended the enthusiasm shown by Sri Lankans towards K-pop and also gave his wholehearted thanks to the amazing judges for their contribution to select the K-pop finalists for 2021 from Sri Lanka. He hopes to further enhance our cultural cooperation and partnership in the future.

Under the category of best K-POP Dance Performance, Island Stompers, Lachimolala, Riya Pathirana and Mandira Hippola were selected as best performers of the preliminary round after a tough competition.

The performers scored impressively under the criteria for the preliminary round which included choreography/ composition, expression and stage charisma. Under the category of the most inspirational personal story about K-POP, StarKIS and WISH emerged as best performances.

The expanding ‘Korean wave’ (Hallyu) movement among Sri Lankans is contributing to nurturing and strengthening the foundation for cultural public diplomacy as well as fostering friendly Korean and Sri Lankan ties.

The K-POP festival drew more than 100 competitors island-wide to participate virtually amid the pandemic. All participants were admired for their enthusiasm in mimicking Korean idols with a strong stage presence and charisma.

The Korean Embassy appreciates all the participants who submitted their wonderful performances to the 2021 K-POP world festival in Sri Lanka.

The interest and dedication to participate in the K-pop festival is an example of how our cultural ties have transcended national borders.

The Korean Embassy will strive to deepen and strengthen the Korea-Sri Lanka friendship by promoting events to develop skills for the youth nationwide. 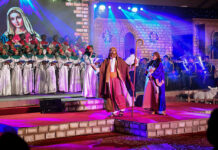 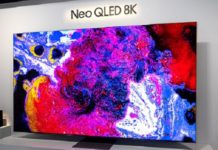 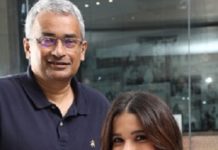