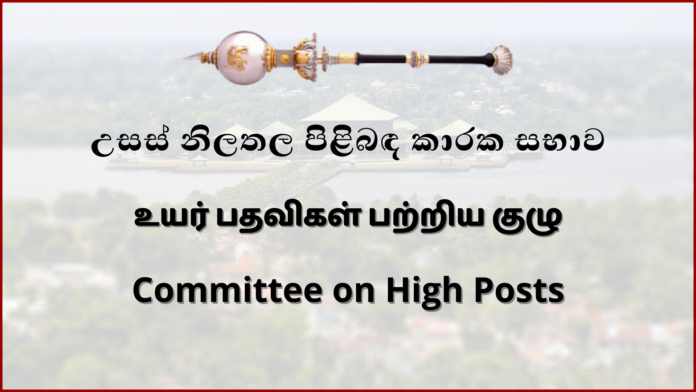 Accordingly, approval was given for the appointment of Mr. Kapila Susantha Jayaweera as the new Ambassador of Sri Lanka to the Republic of Lebanon.

The Committee on High Posts has also approved the appointment of Mrs. H.M.G.R.R.K Wijeratne Mendis as the Ambassador of Sri Lanka to the Kingdom of Bahrain.

The Acting Secretary General noted that the Committee also approved the appointment of Mr. K. K Theshantha Kumarasiri as the Ambassador of Sri Lanka to the Federal Republic of Ethiopia and the Permanent Representative of Sri Lanka to the African Union.