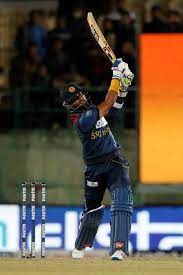 Virat Kohli and Dasun Shanaka stole the limelight as India defeated Sri Lanka by 67 runs in the first ODI of the three-match series at the Barsapara Stadium in Guwahati. Virat Kohli scored 113 off 87 balls — his 73rd international century — as India posted a formidable total of 373 for 7 against the guests, who ended their quota of 50 overs at 306 for 8, thanks to Dasun Shanaka’s unbeaten 108 off 88 balls.

For India, Rohit Sharma (83) and Shubman Gill (70) laid a solid platform with a 143-run opening stand after Sri Lanka skipper Dasun Shanaka won the toss and invited the hosts to bat first. Off the bowlers for India it was Umran Malik the pick of the bowlers with figures of 3 for 57.

What was nite worty was the call back of Dasun Sharnaka by the Idian captain after Mohammed Shami appealed for a run out against Dasun Shanaka at the non-striker’s end as the batter left his crease before Shami could have bowled the fourth delivery of the over. Shami picked up the bails with the ball in hand during his run-up and then appealed for a wicket. Umpire sent it upstairs, but India captain Rohit Sharma decided to take the appeal back. An act of sportsmanship and upholding the sprit of the Game of Cricket, the gesture by the Indian Skipper.