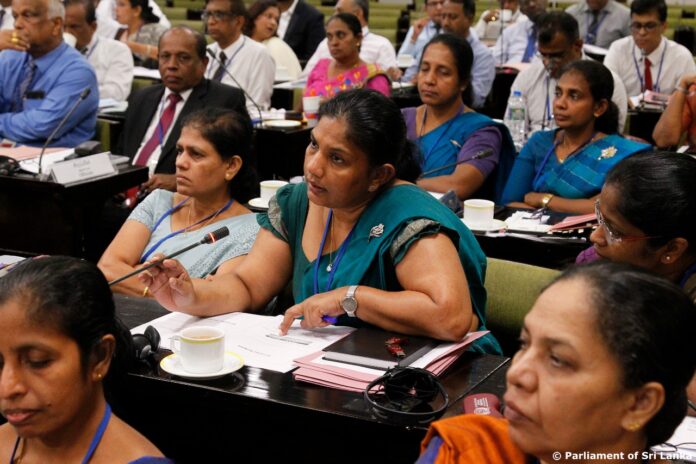 The Minister of Transport and Highways and Minister of Mass Media Hon. (Dr) Bandula Gunawardena said that the train services were not canceled due to the retirement of the employees as reported by the media.

He stated above at the Ministerial consultative Committee on Transport and Highways met in Parliament recently (05) under the chairmanship of the Minister.

Speaking further, the Minister said that due to the arrival of more tourists at the Katunayake Airport, more trains had to be deployed in the past few days to supply fuel, and for that reason, the trains had to be reduced somewhat. He also said that he expects to reveal the facts that the trains were not canceled as reported by the media.

Also, the Minister inquired the officers present about the possibility of ending the cancelation of trains by the end of this month due to the retirement of officials. They also said that only 10 train drivers had retired at the end of last year.

Minister Bandula Gunawardena also pointed out that a new train schedule will be provided at the beginning of February, according to the available capacity in Railway Department.

Apart from that, the possibility of ordering tickets 100% online for long-distance train services with tourist attractions such as “Ella-Odyssey” was also discussed in the meeting.

The Committee also approved the Regulations published in the Gazette Extraordinary No. 2287/28 of 07 July 2022, made by the Minister of Transport and Highways and Minister of Mass Media under the Motor Traffic Act.