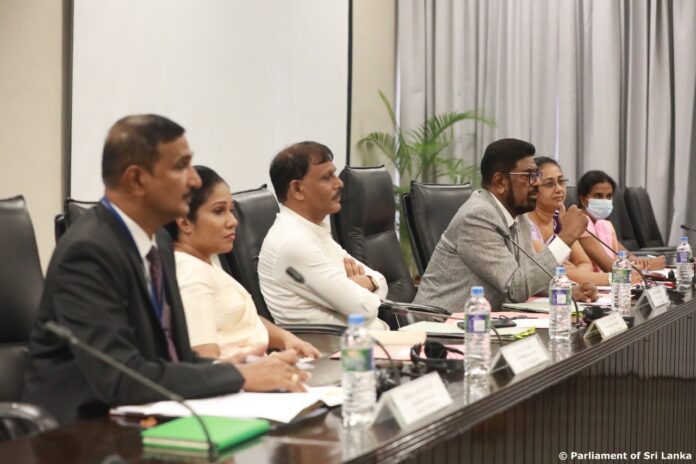 Hon. Keheliya Rambukwella, the Minister of Health, stated that the 28 million USD grant provided by China, has been utilized to ensure the supply of 14 vital medicines required. The Minister stated the said in response to concerns raised by Members of Parliament regarding the on-going rumors regarding the shortage of medicine in the country.

The Minister of Health, Hon. Keheliya Rambukwella stated the above at the Ministerial Consultative Committee on Health, held recently (24) in Parliament under his chairmanship.

Further concerns were raised regarding excessive charges in private hospitals in a context where free health is facing challenges to meet the demand due to the forex crisis. Members of Parliament stated that given the failure to maintain government hospitals and provide with requisite medical equipment, patients are thus compelled to obtain the service of private hospitals.

The minister stated that by next year approximately a 25% – 30% of rise in those who will resort to government hospitals is unavoidable. He stated that it has come to a point where the middle-income category cannot afford private hospital facilities further.

The Minister also emphasized that the Ministry of Finance allocate money first and foremost for the purpose of paying the wages of public servants, for forces and for pensioners. The very next priority is given for allocating money for health. Nevertheless, it only suffices to manage he said.