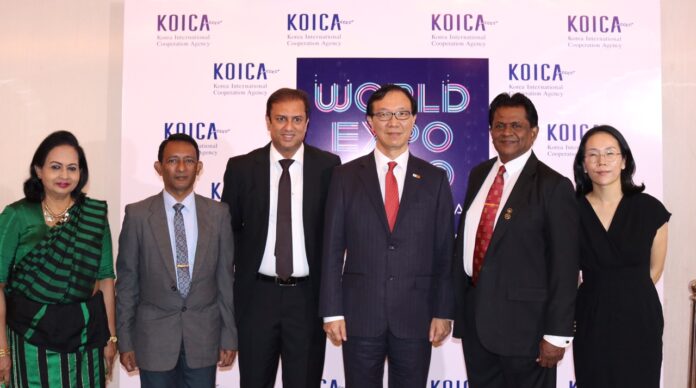 The 2022 KOICA-AKOFE Fellowship Night reception was held by KOICA and the “Association of KOICA Fellows in Sri Lanka” (AKOFE) at Cinnamon Grand Hotel in Colombo on 28th November 2022.

The AKOFE was formed on 21 July 1999 by ex-participants who had been to South Korea for participation in KOICA’s fellowship and scholarship programs. Since then the AKOFE has played leading roles in not only enhancing friendly relationship between the two countries but also the development of local communities in Sri Lanka through the donation of school equipment including photocopier and stationery to schools through the support of KOICA by practically fulfilling the KOICA’s vision “Leave no one behind”.

This AKOFE year-end gathering comprised commemorative speeches by the Chief Guest and the Guest of Honour followed by other VIP. The event entertained by Korean and Sri Lankan cultural performances. Team who has won the ”K-Pop World Festival 2022”, performed at the ceremony.

After the outbreak of covid-19, in 3 years since 2019, the event was held again as a part of AKOFE’s activities under KOICA’s sponsorship with an aim to promote friendship among AKOFE members and partnership between Sri Lanka and Korea towards socioeconomic development in Sri Lanka. As part of its programs, KOICA is offering fellowship programs to government officials and personnel to support Human Resources Development (HRD) in Sri Lanka by sharing Korea’s accumulated experiences and technology for development.