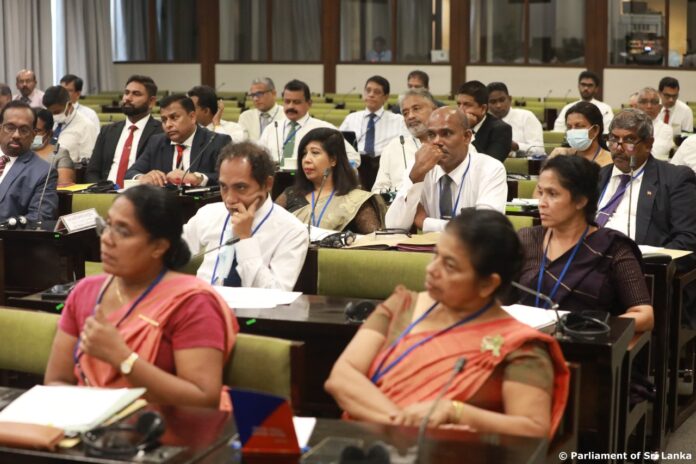 Hon. (Dr.) Ramesh Pathirana stated that attention has been directed towards taking over underutilized land owned by large-scale plantation companies and the proposal regarding the said has been submitted to the cabinet for approval.

He mentioned that legal measures will be taken in this regard in the future.

The Minister mentioned this while providing with an explanation to a concern raised by the Hon. Sajith Premadasa, Leader of the Opposition pertaining to the number of lands owned by large-scale companies.

Therefore, Hon. Sajith Premadasa, the leader of the opposition, indicated that his party would support the drafting of the necessary laws regarding the acquisition of these underutilized lands by the government. He also suggested that large-scale underutilized lands should be taken over by the government and given to small-scale tea planters to uplift the country’s tea industry.

Moreover, there was a discussion about the market prices of tea fertilizers and pesticides and their adequacy. Also discussed were the problems related to the plantation industry in the region.