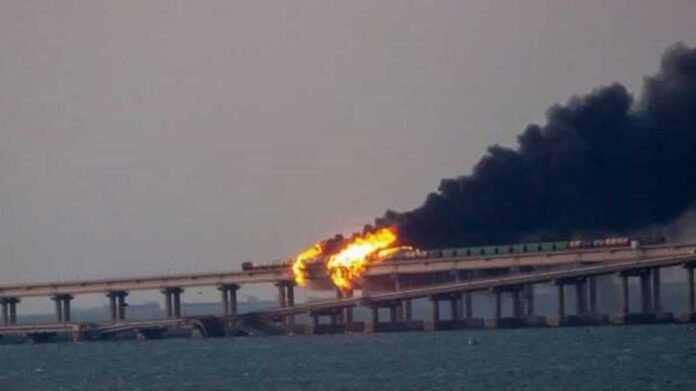 By: Nitin Gadkari from Faugy Strategy

The Russian-Ukraine war is in its eight-month. A war expected to finish in eight days has gone to the eighth month and yet seems to have no signs of abating. At the heart of this conflict are two power-seeking dictators. Putin and Zelensky. The effects of war have now permeated mainland Russia. The compulsory drafting of civilians in the armed forces to make up for the shortfall of troops faced in the Ukraine war has seen an exodus of young men escaping the government order. The sanctions are hitting Russians, and opposition to Putin is growing inside Russia. Putin has erred. His strategic calculation that Ukraine would catapult in a week was a severe mistake. Yet he had moments when the Russian army was on the ascendency, and the war gains were more than the losses. A unilateral ceasefire would have given Putin a new lease on life and possibly quickly put him back into mainstream international politics. But power corrupts, and Absolute power corrupts absolutely. Not content with what his army had achieved, Putin wanted more and more. In the bargain, he stands to lose his gains and his career. It is hard to imagine what the Russian President thinks. For a long time in the campaign, he had enjoyed the support of many international observers, who rallied behind his call to stop the Natoisation of the Russian neighbourhood. He had a legitimate reason, and thus he had the support. But having entered into a conflict with Ukraine, Putin seemed to have lost the balance. To understand when to call it quits and save the misery of his soldiers and people. With every loss to his ground troops, his rhetoric to hit back grows in decibel levels. The last straw was hitting the road and rail bridge that joined Russia with Crimea. Putin has raised the level of response beyond all acceptable limits by sanctioning hits on civilian targets in the capital city Kyiv and neighbouring areas. He has also taken hold of Ukraine’s nuclear weapons and kept his nuclear submarine fleet on a stand. This has led to a serious debate about if Putin will use nuclear weapons should Russia lose more ground. More and more people are getting convinced that he will. Putin is losing the Perception battle. Zelensky, buoyed by his armed forces’ recent victories in Kherson and Kharkiv areas, has rejected any talks with Putin, signalling that he is willing to talk to anyone else who takes charge in Russia.

Where do the Russian people stand in this fight? Putin had widespread support in the initial stages of the war. It was precisely when the population in mainland Russia was not personally affected by the repercussions of the conflict. But as the war dragged on and the death toll started mounting, the ordinary citizen was catapulted into the frontline of the war. It is tough to get the honest opinion of people in Russia as they feel threatened to speak against the government. Consequently, any opinion poll will only be partially true. There is a belief that lately, more and more young people are speaking out against Putin’s war on Ukraine. The borders of Georgia are full of young men escaping the draft who are shouting against the war.

What does it say about Putin and his crusade to bring down Ukraine? In a few lines, “Bitten more than it can chew”. If any concessions are drawn out of him, Putin is desperate to win or seems to be winning. Putin is unwilling to relent, afraid of being seen as a weak leader by his supporters, mainly the warmongers in the Russian Duma. He may want a face-saving formula that the west is unwilling to provide.

Sri Lanka to extend tourist visas of Ukrainians and Russians