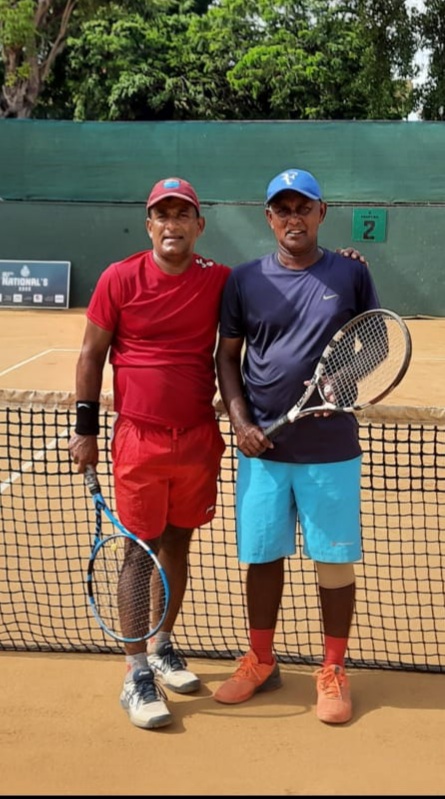 Lasantha De Silva and Sudardhan won the men’s  doubles over 45 championship at the 107th  national tennis tournament by beating  Rohan Fernando and Sirimal Kannangara  6/0, 6/2 ,  which was organised by the Sri- Lanka Tennis association and was conducted at the tennis association courts, Colombo- 07 recently.

Lasantha De Silva, an ex Richmond College ,  a well known cricketer turned a tennis star also had the  distinction in winning both the singles and doubles championship at  the 95th National tennis championship too.