Sri Lankan Gamers, who have qualified for the Red Bull Mobile Esports Open (M.E.O), Season 4 Asia Regional Final, are revving up to fight for the Asian PUBG MOBILE crown, set to take place on 21 November.

Red Bull in partnership with Gamer.LK held the qualifying sessions for Season 4 of Red Bull M.E.O which began mid-October with over 365 registered squads for PUBG Mobile participating. While 75 matches were played throughout the entirety of Season 4 local qualifying rounds, NRC Esports came in 1st place sealing their road to the regional finals.

During the Asian qualifying rounds over 900 teams across 30 countries competed in a series of hard-fought games. To claim the Asian crown, the top 32 teams who emerged winners from the qualifying rounds will face each other in PUBG MOBILE, the popular battle royale online multiplayer video game title in the region. These teams consist of the top four teams each from Philippines, Thailand, Taiwan, Malaysia and Sri Lanka as well as the top 12 teams from the international qualifiers, which was open to any team regardless of their location in the region.

Red Bull Mobile Esports Open, the multi-game global mobile gaming competition, is in its 4th season and includes PUBG MOBILE and League of Legends. Exciting additional games have been featured on a regional level including a World Cricket Championship (WCC), exclusive for South Asian nations India and Sri Lanka.

WCC is a Cricket simulation mobile game, played in a 1v1 style. The WCC launch event featured the top streaming talent in Sri Lanka including Hashano, Lilee, Professor D and Hella Streaming who came together for a fun-filled exhibition tournament packed with laughter and moments of hilarity for the audience. The main WCC tournament saw Dasindu Theekshana coming in 1st place during the Red Bull M.E.O Season 4 WCC Grand Finals while Harsha Caldera and Heshan Aminda came in 2nd and 3rd place respectively.

Open to all, won by one, the Red Bull M.E.O. is a fully open and free to enter tournament which offers competitive mobile players across the world the chance to compete, win, and build their reputation as the best mobile gamer in their country. 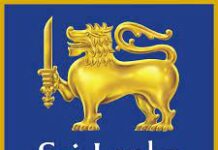