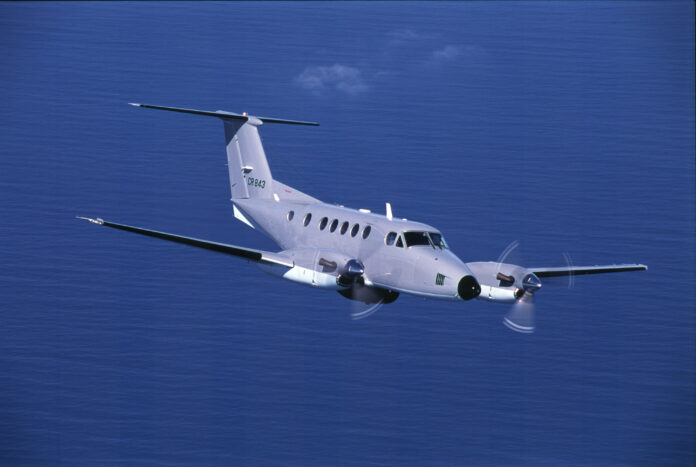 Being one of the initial flying formations in Air Force antiquity, No. 3 Squadron was originally inaugurated in 1965 at Air Force Base China Bay and history of the Squadron indicates that in December 1971, it was refurbished as a fully-fledged operational flying formation and renamed as No.3 Maritime Squadron, commanded by the Commanding Officer, Squadron Leader Noor Rahim under the guidance of then Commander of the Air Force, Air Vice Marshal PH Mendis. The Squadron logo featured the “Red-wattled Lapwing (Kirala),” to indicate the role of the Squadron of providing early warning.

Initially, the squadron inventory was consisted with the De Havilland Dove aircraft and entrusted with dawn to dusk reconnaissance patrols of the Eastern Coast from Point Pedro to Galle as a deterrent to possible arms smuggling, a need felt during the 1971 insurgency. The Squadron shifted to SLAF Base Katunayake with the addition of the Cessna 337 aircraft and again relocated at SLAF Base China Bay in the year 1988 to conduct surveillance operations against the LTTE. The present Commander of the Air Force Air Marshal Sudharshana Pathirana was a pioneer aviator in No 3 Maritime Squadron who logged numerous flying hours, conducting surveillance, MEDIVAC and other operational missions over this period. However, No. 3 Maritime squadron became non-operational in 1993 due to depletion of its fleet yet the need of a dedicated maritime surveillance squadron remained unquenched over the period of nearly 25 years.

The squadron was re-established at SLAF Academy China Bay on 11 January 2019, fulfilling the need of an operational flying formation entrusted with maritime/ land surveillance and HADR operations and equipped with Y-12 and B-200 aircraft. Wg Cdr Vidura Premasinghe (Rtd) was the first Commanding Officer after the re-establishment and since then the squadron is on 24 × 7 operational readiness to conduct surveillance, HADR and other flying commitments and has expanded its operations with the induction of the newest addition of SLAF, the Dornier 228 aircraft from Indian Navy. At present Averagely three sorties per Week, this squadron is covering about 50,000 Km2 around the island.

Squadron is now equipped with a Beech King Air B-200 aircraft and Do-228. The No 3 Maritime Squadron is undertaking maritime, ground surveillance and reconnaissance missions in order to safeguard the sovereignty of our motherland Sri Lanka.