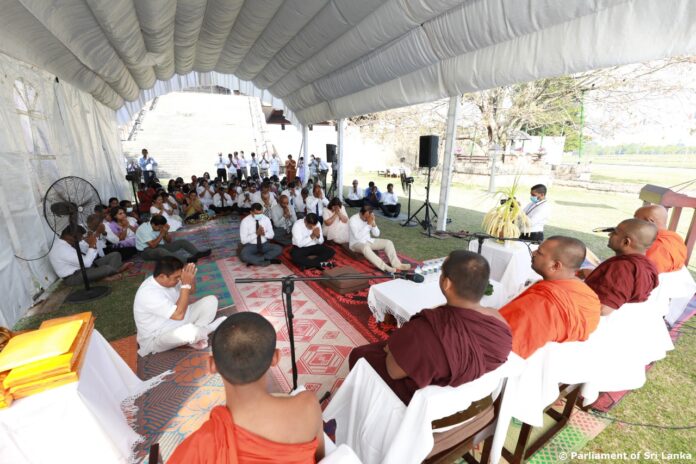 A ‘Bodhi Pooja Pinkama’ to invoke blessings for the new year was held today morning (04) under the patronage of Deputy Speaker Hon. Ajith Rajapakse at Parliament premises.

The ‘Bodhi Pooja Pinkama’ was conducted by the Chief Incumbent of the Kotte Sunethraramaya, the Chief Sanganayake of the Kalutara & Colombo divisions, Venerable Alikewala Seelananda Thero.

The ‘Bodhi Pooja Pinkama’ was organized by the Parliamentary Staff Buddhist Society and the welcome address was delivered by the President of the Association Mr. Shantha Weeraratne.