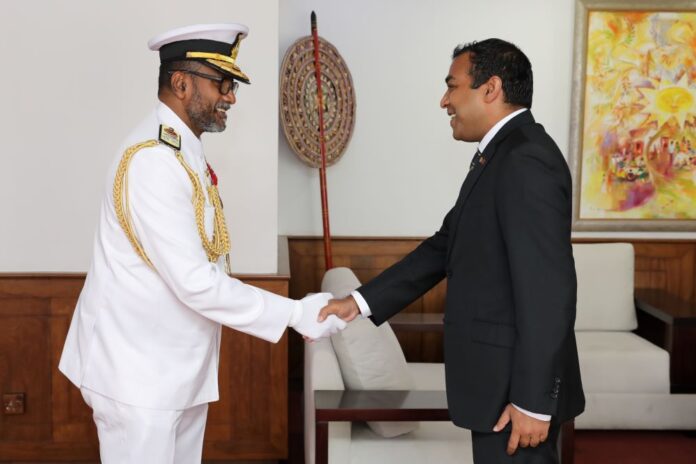 The State Minister and the Navy Chief had a cordial discussion during the meeting.

State Minister Tennakoon extended his best wishes to Vice Admiral Perera for all his future endeavours in his new position.

Ensuing the meeting, the State Minister and Navy Commander exchanged mementoes to mark the occasion. 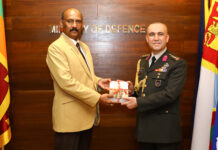