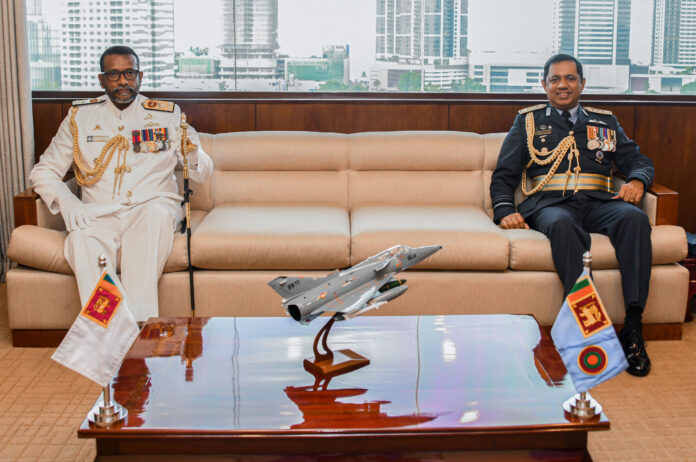 The Navy Commander was received by the Commanding Officer of SLAF Station Colombo, Air Commodore Suresh Fernando and a Guard of Honour was conferred by the No.43 Colour Wing of SLAF.

Air Marshal Pathirana congratulated Vice Admiral Perera on his appointment as the 25th Navy Commander in Sri Lanka Navy. During the cordial discussion, the significance of undertaking Joint Maritime and Coastal Surveillance Operations, Air and Naval joint exercises to strengthen the maritime security of the island was highlighted.  Subsequently, official mementos were exchanged between the two Commanders at the Commander’s Office after which the Navy Commander met with the Chief of Staff and the Board of Management of SLAF.