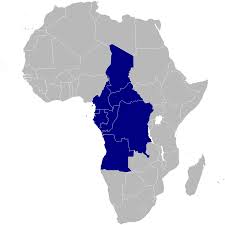 Central Asia is a sub-region of Asia, which stretches from the Caspian Sea in the west to China and Mongolia in the east, and from Afghanistan and Iran in the south to Russia in the north.

The region consists of the former Soviet republics of Kazakhstan, Kyrgyzstan, Tajikistan, Turkmenistan, and Uzbekistan, and was historically closely tied to the Silk Road trade routes. Further was acting as a crossroad for the movement of people, goods, and ideas between Europe and the Far East. From the mid-19th century until almost the end of the 20th century, Central Asia was colonized by the Russians, and incorporated into the Russian Empire, and later the Soviet Union, which led to Russians and other Slavs migrating into the area.

The current population of Central Asia: (Kazakhstan, Kyrgyzstan, Tajikistan, Turkmenistan, and Uzbekistan) is 76,331,055 (based on UN) which is equivalent to 0.95% of the total world population. The total land area is 3,926,790 sq. kms. (1,516,141 sq. miles). Central Asia has enjoyed relative stability over the past quarter century. Yet, there is an uncertainty when it comes to the future of the region. The political transitions, with the breakdown of interdependencies of the Soviet infrastructure, diverse pace of economic development, and multi-vector foreign policies pushing each state towards different political, security, and economic entities are among many factors that determine the present and the future of the Central Asian states.

Moreover, the recent insecurity in Afghanistan, has an impact on the stability in Central Asia. Greater powers’ interest in the region’s resources and their strategic location can either turn into a source of prosperity or conflict, depending on the path Central Asian countries choose for themselves.

The Soviet areas of Central Asia saw much industrialization and construction of infrastructure, but also the suppression of local cultures, hundreds of thousands of deaths from failed collectivization programs, and a lasting legacy of ethnic tensions and environmental problems.

With the collapse of the Soviet Union in the early 1990s five countries gained independence. In nearly all the new states, former Communist Party officials retained power as local strongmen. None of the new republics could be considered functional democracies in the early days of independence, although in the recent years Kyrgyzstan, and Kazakhstan have made further progress towards more open societies, unlike Uzbekistan, Tajikistan, and Turkmenistan, which have maintained many Soviet-style repressive tactics. Central Asian republics have gradually been moving from a state-controlled economy to a market economy.

In terms of the economic influence of big powers, China is viewed as one of the key economic players in Central Asia, especially after Beijing launched its grand development strategy known as the Belt and Road Initiative (BRI) in 2013. The Central Asian countries attracted $378.2 billion of foreign direct investment (FDI) between 2007 and 2019.

Why did the Soviets invade Afghanistan

Afghanistan being a landlocked country depends on its neighbors for economic and political survival. It is a monolithic society, by religion, with most of its citizens practicing Islam. Further, has a landmass of 652,230 sq. kms. and bordered by 6 countries with a 2,670 km border with Pakistan, 1,357 kms with Tajikistan, 921 kms with Iran, 804 kms with Turkmenistan, 144 kms with Uzbekistan, 91 kms with China and has 34 provinces which are porous. The population has four main ethnic groups: Pashtun, Tajik, Hazara, and Uzbek, with 11 other ethnic groups.

In April, 1978, Afghanistan’s central government, headed by President Mohammad Daud Khan, was overthrown. Power was thereafter shared by two Marxist political groups, the People’s (Khalq) Party and the Banner (Parcham) Party—which had earlier emerged from a single organization, the People’s Democratic Party of Afghanistan, and had reunited in an uneasy coalition shortly before the coup d’état. The new government, which had little popular support, forged close ties with the Soviet Union, that launched ruthless purges of all domestic opposition, and began extensive reforms that were bitterly resented by the devoutly Muslim and largely anti-communist population. Insurgencies arose against the government among both tribal and urban groups, and all of these, known collectively as the Mujahideen (Arabic mujāhidūn, “those who engage in jihad”) were Islamic in orientation.

These uprisings, along with internal fighting and coups within the government, prompted the Soviets to invade the country on the night of December 24, 1979, sending in some 30,000 troops and toppling the short-lived presidency of People’s leader Hafizullah Amin. The aim of the Soviet operation was to prop up their new but faltering client state, headed by leader Babrak Karmal, who was unable to attain significant popular support.

In the interim the Mujahideen rebellion grew backed by the United States, spreading to all parts of the country. The Soviets initially left the suppression of the rebellion to the Afghan army, but the latter was beset by mass desertions and remained largely ineffective throughout the war.

The Afghan War quickly settled down into a stalemate, with more than 100,000 Soviet troops controlling the cities, larger towns, major garrisons and the Mujahideen moved with relative freedom throughout the countryside. Soviet troops tried to crush the insurgency by various tactics, but the guerrillas generally eluded their attacks. The Soviets then attempted to eliminate the Mujahedeen’s civilian support by bombing and depopulating the rural areas. These tactics sparked a massive fight from the countryside; by 1982 approximately 2.8 million Afghans had sought asylum in Pakistan, and another 1.5 million had fled to Iran. The Mujahideen were eventually able to neutralize Soviet air power through the use of shoulder-fired anti-aircraft missiles supplied by the Cold War adversary, the United States. The war in Afghanistan became a dilemma by the late 1980s due to the disintegration of the Soviet Union. The Soviets suffered some 15,000 dead and 54,000 injured. Despite having failed to implement a sympathetic regime in Afghanistan, in 1988 the Soviet Union signed an accord with the United States, Pakistan, and Afghanistan and agreed to withdraw its troops.

The Soviet withdrawal was completed on February 15, 1989, and Afghanistan returned to non-aligned status and was headed by Mohammed Najibullah. The UN tried to broker a peace agreement between Najibullah and the Mujahedeen but failed to achieve any result. In April 1992, the Mujahideen captured Kabul and killed Najibullah. The Mujahedeen’s victory triggered immediate and massive repatriation. Between April and December 1992, an estimated 900,000 Afghans returned home.

Emergence of the Taliban

During the 1980s and early 1990s, religious schools called madrassas became popular with Afghan refugee populations, as they were in many cases the only form of education and discipline for refugee boys. The schools were funded largely by ultra-conservative groups in Saudi Arabia and conservative Pashtun religious leaders in Pakistan and southern Afghanistan. They taught Koranic study. The madrassas proved to be ripe breeding grounds for the Taliban movement. Students were taught that the cure for the factional fighting and lawlessness that had taken over the country lay in the creation of a strict Islamic state. The Taliban began what was to be a quick takeover of most of the region of Kandahar in 1994.

Most Afghans were at first receptive to the Taliban, as they initially brought relative peace and stability to the war-torn nation. By mid-1995, the Taliban had grown to more than 25,000 fighters and controlled most of southern and western Afghanistan. However, the movement’s strict reading of an ancient tribal social code called “Pushtunwali” (a cultural code of ethics and behavior of Pushtuns) was resented by the vast majority of Afghans who had never before been subject to such restrictions. As the movement headed north, it was met with increasing resistance from many of the former Mujahideen groups which eventually banded together to form the anti-Taliban Northern Alliance. The Taliban captured Jalalabad and Kabul in late 1996 and Mazar-e-Sharif – the Northern Alliance’s de facto capital in 1998.

The fighting for control of northern Afghanistan triggered a new refugee exodus. Many of Kabul’s educated élite, including government workers, medical professionals, and teachers, fled to Pakistan. They opposed the Taliban’s anti-western, fundamentalist Islamic stance and the many restrictions that the Taliban imposed on the population. Many members of ethnic minorities such as the Hazara, fearing discrimination by the Pashtun-led Taliban, also fled. Additionally, hundreds of thousands of civilians within the region were displaced internally.

UN agencies and international NGOs sought to help the displaced population within Afghanistan but, their efforts were often thwarted by widespread fighting and the Taliban’s distrust of them. That distrust escalated when the UN-imposed sanctions on the regime in 1999. Nevertheless, in December 2000, even as the UN, donor governments, and NGOs struggled to provide humanitarian assistance to vulnerable Afghan civilians, the UN Security Council, spurred on by the US and Russia, voted to impose additional sanctions on the Taliban. Additional sanctions had further strained the relations between the Taliban and UN agencies and NGOs, and put the lives of UN and NGO staff at risk or cause their withdrawal from Afghanistan, crippling relief efforts. UN agencies temporarily withdrew their staff from Afghanistan when the Security Council approved the sanctions. The largest refugee influx in four years, began in mid-2000. It followed heavy fighting in northern Afghanistan and the widening effects of the worst drought to hit Afghanistan in 30 years. In response to this influx and as a result of frustration with the international community, Pakistan closed its border with Afghanistan in November 2000. In hindsight, many in the international community recognize that Pakistan’s increasingly harsh treatment of Afghan refugees in recent years can be traced to that abandonment.

The crisis that existed before 11 September was 24 years in the making. The US intervention initially compounded the situation, displacing hundreds of thousands more civilians and disrupting relief efforts. However, the ousting of the Taliban, the inauguration of a new government, and the promise of substantial, long-term international aid give the Afghan people their first spark of hope in many years.

On 7th October 2001, the US invaded Afghanistan to avenge the al-Qaida-orchestrated terrorist attacks. President Bush signed a law a joint resolution authorizing the use of force against those responsible for attacking the United States on September 11. Later Bush administration cited it as a legal rationale for its decision to take sweeping measures to combat terrorism, including invading Afghanistan, without a court order. The primary aim of the US invasion was to hunt down Osama bin Laden and punish the Taliban for providing safe haven to al-Qaeda leaders. It took little effort on the part of the US to dismantle the Taliban regime. Bin Laden, however, managed to escape but was eventually killed by US troops in Pakistan’s Abbottabad in 2011. The invasion was largely a success, although Taliban and al-Qaeda fighters remained evasive and managed to regroup just a few years. By 2005, the Taliban had regained much of its lost power and launched a violent movement to challenge the NATO presence. But, for many Afghans, the US invasion and the subsequent collapse of the Taliban regime brought a positive change. It ushered in a new era, with many people becoming optimistic about their country’s future. The US-led invasion boosted Afghanistan’s economy, health care, education, and overall quality of life in big cities improved substantially. Reconstruction and development work began, and new jobs were created for the Afghan people. The first four years after the US invasion had been relatively good.