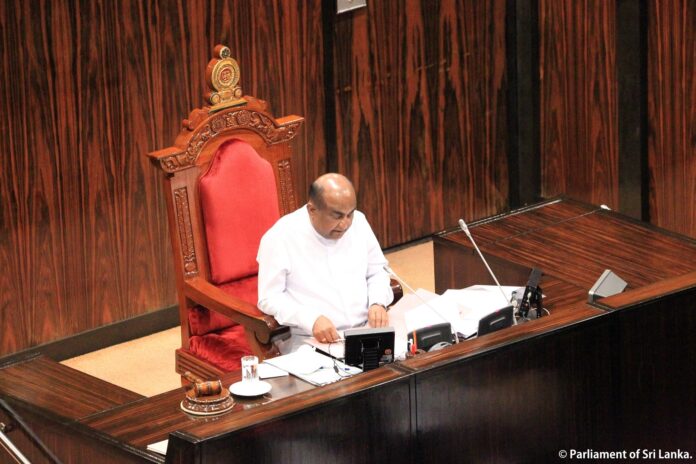 Hon. Mahinda Yapa Abeywardana, Speaker announced to Parliament today (05) that he strongly advises the editor of the “Sunday Times” newspaper to find out the truth and report news with a greater sense of responsibility and accuracy when reporting.

The Hon. Speaker made this announcement emphasizing on the news article published in the “Sunday Times” newspaper on Sunday 04th of December 2022 under the heading “Committee rejects move to increase retirement age of Parliament Secretary General” stating it is a false news.

The Speaker also informed that there was no discussion regarding the matters related to the personal staff of the Secretary General Secretary of Parliament as indicated in the said newspaper article.

Expressing his agreement with the above statement of the Speaker, the Leader of the House Hon. (Dr.) Susil Premajayantha stated in Parliament that all the facts in the above newspaper article are false. (Dr.) Susil Premajayantha, providing with further information, said that the discussion was only about the Sravasti building, which is controlled by the Speaker, and in general, as to what level the retirement age of the parliamentary employees should be set in consideration of the other public sector employees. He said that not a single word about the Secretary General of the Parliament or his staff was discussed in the said meeting.

Therefore, the Leader of the House requested that the persons responsible for this newspaper report be summoned to the Committee on Ethics and Privileges.