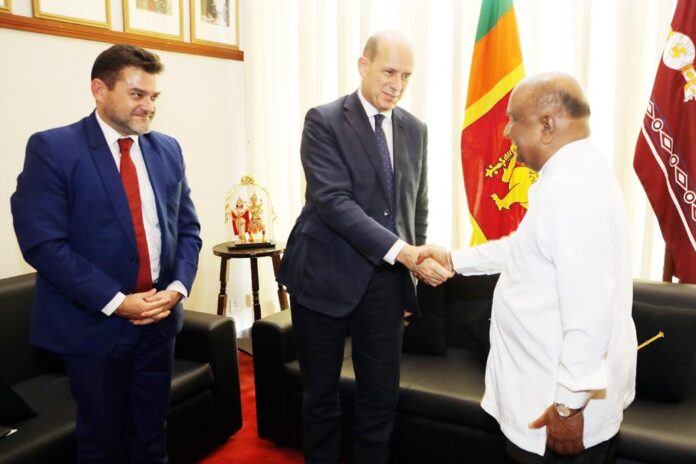 The new Ambassador of France to SriLankaH.E Jean-François paid a courtesy call on Hon. Mahinda Yapa Abeywardana in Parliament yesterday (28).

The new Ambassador of France to SriLankaH.E Jean-François whilst drawing attention towards the celebration in completion of 75 years of diplomatic relations between the two countries in the year 2023, further stated that he will extend his support to strengthen those relations.

Furthermore, the two parties engaged in a cordial discussion on the existing parliamentary system and political structure of the two countries.