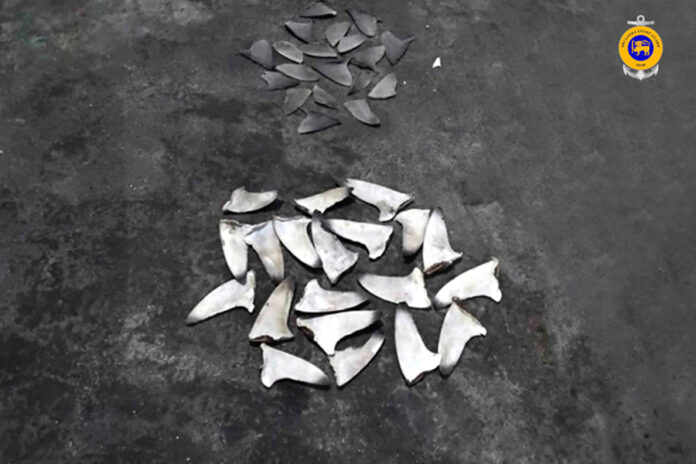 The SLCG personnel deployed at the Galle Fishery Harbour for fishery monitoring and regulating duties nabbed the illegal substance during an on-board inspection conducted in a Multiday Fishing Trawler, the SLCG sources said.

Accordingly, they nabbed 38 dried shark fins concealed inside the boat when the boat returned on completion of fishing.

Retaining, transhipping or landing the ‘parts of any shark species’ is an offence under the Shark Fisheries Management (High Seas) Regulations, 2015, according to the SLCG.

The arrested persons with apprehended items were handed over to the Galle Fisheries Inspector for onward legal action, the SLCG also said.