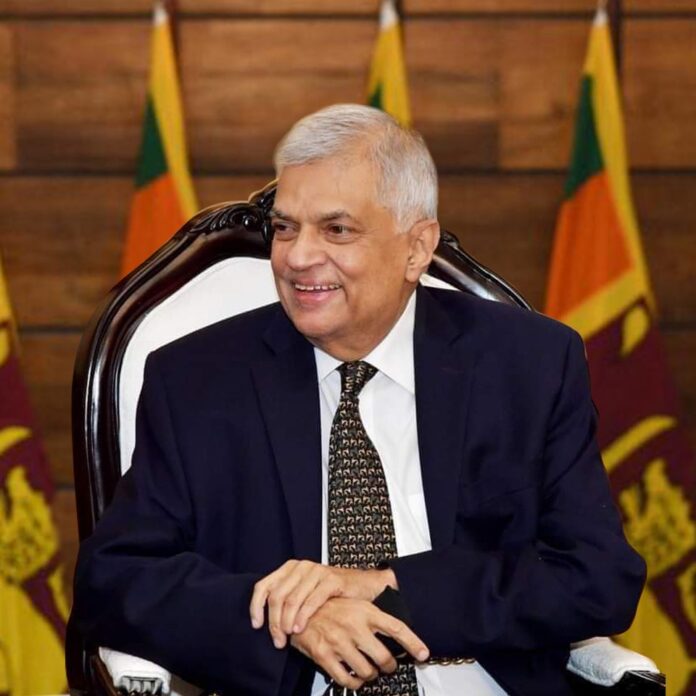 President Hon. Ranil Wickremesinghe instructed the Women Parliamentarians’ Caucus to finalize the Gender Equality and Women Empowerment Bill within the first six months of next year.

The President stated the above while presiding the special meeting held at Parliament recently (15) to review the current progress and future activities of the Women Parliamentarians’ Caucus of Parliament.

Hon. (Dr.) Sudarshani Fernandopulle, Member of Parliament and chair of the Caucus stated that the Ministry of Women, Child Affairs and Social Empowerment and the Women Parliamentarians’ Caucus have jointly initiated the preliminary work of this Bill which is compiled for the purpose of gender equality and women’s rights.

Furthermore, the State Minister of Women and Child Affairs Hon.  Geetha Kumarasinghe and other Members of Parliament brought to the attention of the President the concerns related to women and children and the need to enact policies and laws in this regard.

The President, instructed the Women Parliamentarians’ Caucus to prepare the preliminary plans related to the establishment of a separate agency for women and gender together with the Ministry of Women, Child Affairs and Social Empowerment and assured that it will be established soon. Furthermore, the Hon. President emphasized the importance of carrying out these activities with the coordination of all relevant institutions in the formulation of laws and policies.

He also instructed the officials to provide foreign training for those involved in the scope of work related to women and children’s affairs through the embassies if needed.

Also, at the commemoration of the 75th anniversary of independence,  the President also instructed the women parliamentarians to organize a series of programs on women’s and children’s rights as well as gender equality.

Thereafter, Hon. Rohini Kumari Wijerathna the Chairperson of the Parliament Caucus for Children informed the President about the progress of the Caucus.

The Parliamentarians also requested the President to appoint a separate commission for women’s rights and gender equality. Furthermore, the need to increase the representation of women in politics was also discussed. The Members of Parliament pointed out the need to give more opportunities to female candidates in polls including parliamentary elections. Moreover, the women parliamentarians requested the President not to reduce the existing 25% quota for women in the provincial elections and the President said that there is no expectation of reducing it at all.

The President also said that steps will be taken to solve the existing vacancies of female police officers immediately. The President also stated that steps will be taken to inform the Inspector General of Police to allocate a space for women to submit their complaints in a way that protects the privacy in every police station.

In addition, the need to prevent mothers with children under 5 years of age from traveling abroad, and the protection of the rights of women incarcerated in prisons and other issues concerning women and children were taken into discussion.