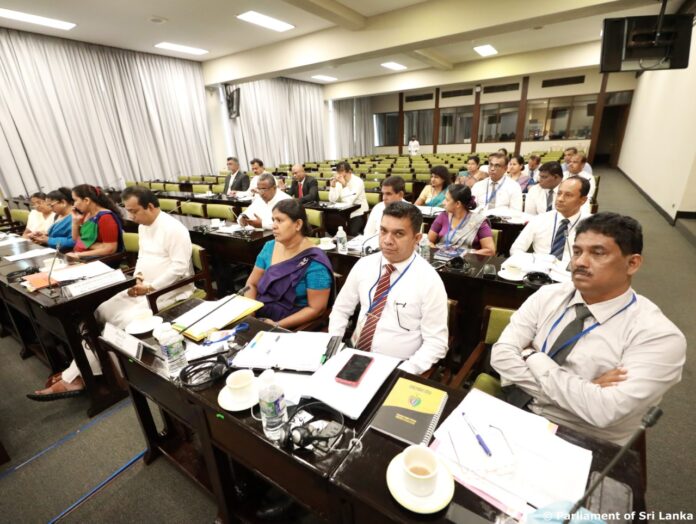 Attention on the above was directed at the Ministerial Consultative Committee on Woman, Child Affairs and Social Empowerment held under the chairmanship of State Minister Hon. Geetha Kumarasinghe recently (10).

The exposure of children by the media was discussed at length due to a recent incident in the Millaniya area, and attention was drawn to the need to formulate a law accordingly.

Furthermore, a special procedure should be followed contrary to reporting about other convicts when the media is involved in reporting regarding bringing child convicts before the law and in failure to do so would affect the mental wellbeing and future was also taken into discussion.

Additionally, it was also emphasized that the Children and Women’s Bureau in every police should be strengthened. Accordingly, State Minister State Minister Hon. Geetha Kumarasinghe also pointed out that the necessary officials have already been informed that a separate room for the Children’s and Women’s Bureau and four female police officers to work attached to each police station should be immediately appointed.

Furthermore, the necessity of preparing the necessary arrangements for the delivery of Samurdhi payments through post and sub-post offices was also discussedat the committee meeting held.