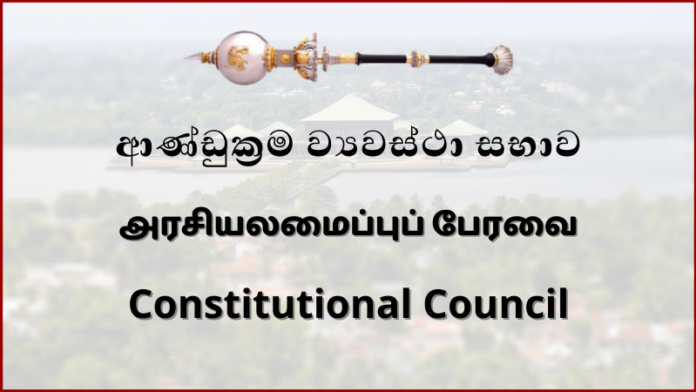 Applications are called for the appointment of Members, who are not members Parliament to the Constitutional Council proposed by the 21st Amendment.

Applications are called from persons of eminence and integrity who have distinguished themselves in public or professional life and who are not members of any political party, to be considered for the appointment as Members of the Constitutional Council which is to be established under the provisions of Article 41A of the Constitution of Democratic Socialist Republic of Sri Lanka.

The applications should be sent along with the curriculum vitae (prepared in accordance with the sample which is available in the Parliament Web Site www.parliament.lk) to; Secretary-General of Parliament of Sri Lanka Sri Jayewardenepura Kotte on or before 28th November 2022 by registered post.

‘Appointment of Members of the Constitutional Council’ should be indicated on the top left-hand corner of the envelope.