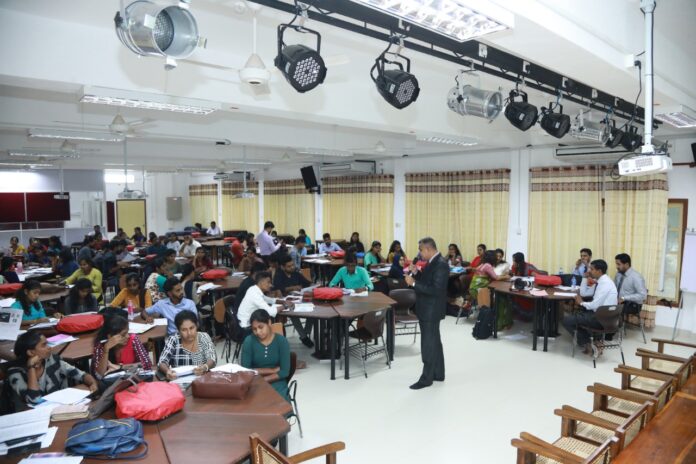 The recently initiated short course on parliamentary functions and procedures by the Parliament of Sri Lanka for Universities, also introduced to the students of University of Jaffna.

Accordingly, the inauguration of the course was held on the 31st of October at the University of Jaffna. The Vice-Chancellor of the University of Jaffna Professor S. Srisatkunarajah thanked the Parliament for organizing such a course and also presented a short speech to the scholars on the importance and necessity of taking such course.

The resource persons for this course, initiated for the study of the scholars of the Department of Media Studies – Faculty of Arts, University of Jaffna, are provided by the senior officials of the Parliament Secretariat.

The Dean of the Faculty of Arts, Prof. K. Suthakar who addressed the gathering also requested that this course be conducted for the students of the political science department of the university.