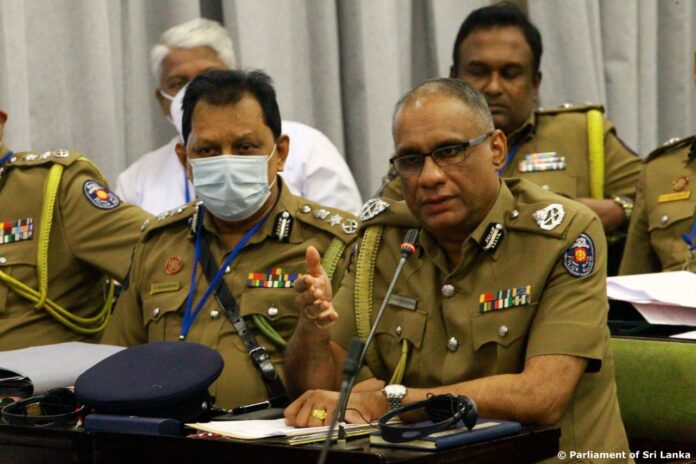 The Ministerial Consultative Committee on Public Security focused on terminating the service of police officers who have not fulfilled required medical standards.

The attention was drawn to this at the first meeting of the Ministerial Consultative Committee on Public Security held in Parliament recently (20) under the chairmanship of Minister of Public Security Hon. Tiran Alas.

The Members of Parliament who were present said that there are many officers in the police service who are not in good health condition for a long time and they do not engage in difficult duties following the submission of medical certificates. It was discussed at the meeting that some of these officers are not suffering from health problems and because of this, officers who are always performing their duties properly are getting inconvenienced.

Also, the Inspector General of Police pointed out that a large number of police officers will retire this year and therefore there will be vacancies of about 16000 police officers this year.

Also, there was a discussion on the reported incidents of police officers using drugs. Also, the committee focused on the implementation of the law regarding character assassination using the internet.

Be more responsible to investigate into the truth and report accurate facts when reporting...

Political Lin J - 2022-12-05
0
There was no discussion about the retirement age of the Secretary General of the Parliament. Summon parties responsible for...

Confirming the service of officers recruited for training posts by the Department of Multipurpose...