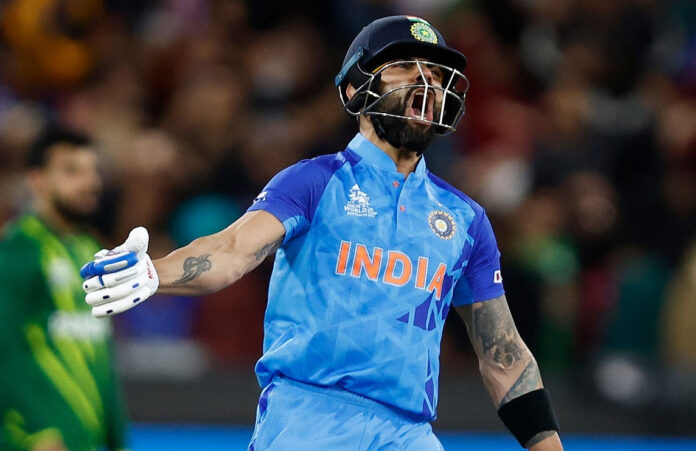 Take a bow for the man; Cometh the hour, Cometh the match, Cometh the King: King Kohli. Those who were fortunate to witness the cricket match on 23rd Oct 22, at the MCG Australia, either live or on TV, will probably remember it for life and for those who missed it will regret it forever. It is impossible to recreate the game’s happenings, the string of emotions, the millions watching it, the twist and turns, the ups and downs, the hopes and dashes and the suspense till the last ball was bowled. Truth is stranger than fiction and true enough; none of the predictions came close to describing the nature of this contest.

For a start, the match was threatened to be a washout, what with unprecedented rain fury lashing Australia. No one would be more thankful to the weather god than the Melbourne Cricket Association, for they had promised to refund the ticket money if it was a rain washed out contest. The MCG was packed to 90 293 capacities. Fans had travelled from across the world to watch the contest. In terms of money, the revenue was huge, and washout would have been as disappointing for the fans as it would have been costly to the cricket authorities in Australia. If there was an Australian weather god, he was merciful. The stats of this match are overwhelming. The viewership on TV and OTT was the highest for any sports event worldwide. By the end, 1.8 crore viewers were watching the game. The tickets were sold out within 30 minutes of the online window opening. It was the second-highest attendance at MCG for a cricket match, most unusual for a league match. People paid a fortune for air tickets for their travel to Melbourne. The pre-match practice session witnessed the largest crowd ever. A contest worthy of the fiercest rivalries in modern-day cricket. Despite such fierce rivalry between the two nations, it was the most orderly and friendly crowd.

Against this backdrop, the two rivals played the first match between India and Pakistan on a Sunday of the ongoing T 20 World Cup tournament, which turned out to be a cracker for the Indian Fans for whom Diwali came a day early thanks to the fireworks of King Kohli. The match was shown live across 55 Indian cities in Inox theatres to full capacity and lived expectations of a hit Bollywood thriller. Lately, the two teams have come out near even in their tally of victories, with Pakistan a match-up against India in the last three contests. The drubbing at the previous world cup T 20 match, which fans would remember for the magical spell bowled by Shahin Afridi, and the Asia cup defeat in the knockout stage had set the tone for this match. The match was evenly poised, with the bookies giving an edge to the Pakistani team.

Chasing a total of 160, India was 44 for four at the halfway mark. A miracle was required to save them. And indeed, a miracle did save them, called King Kohli. He played the best T-20 innings of his life to make it happen. Anyone familiar with the nuance of T-20 cricket would realise that consistently targeting 13 runs or above for more than six overs is a herculean task. India’s curtains were seemingly closed with eight balls and 28 runs to score. It was like a magician pulling out the non-existent rabbit from the hat; Kohli lifted his bat and his team to bring it within two ball-two runs equation. The magic of hitting three sixes in the last two overs at the MCG, which has some of the biggest boundaries, was beyond the imagination of even the hard-core optimists. When a master is at play, a viewer misses out on the seeming ease with which the act is performed. Most do not realise that it comes with hours and hours of practice and dedication. Once, a journalist asked Mark Spitz, the US Swimming sensation of the Munich Olympics, after his success, “Mark don’t you think you are lucky to get seven gold medals in one discipline.” His reply is the best a sportsperson could ever give. “Not if you practice for 18 hours a day, 30 days a month, 12 months a year, and for five continuous years,” he said to the errant journalist. When Kohli hit those magnificent sixes, they didn’t come because he was batting with an English willow or he was batting on 60 runs; it came because he would have practised hitting those shots a million times in practice when the world slept.

It was sad for the Pakistani team and their fans. It was a match they had won, which they lost. The situation in which India was no way a team with such a superior bowling attack should have allowed India to get the better of them. At one stage, Indian fans who resigned to a loss were hoping that the team would at least put up a decent fight before the inevitable happened. At least the Pakistan team and fans did not face ignominy. They knew they had played well, but it was not their day.

It was a Sunday fighting against all mediocracies, the weather, the attendance, the performance, the adrenalin rush and the suspense. There was nothing mediocre about them; they were all top-notch. Unlike Asia Cup, Pakistan could play India only in the finals. That is a theoretical possibility. If that happens, it would please the sub-continent fans no end. The rivalry would be even greater. Let’s hope that it happens, for ironically when India plays Pakistan, while the rivalry on the field increases, the rivalry in reality on the ground tends to ebb.