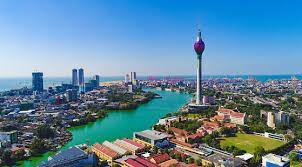 For those who grew up in a different era and left Sri Lanka long ago, will now be lost if they were to find directions in Colombo by their current street names. Politicians made a great deal about changing street names.  Perhaps to display their “Nationalism”, maybe an easy con to fool the people.

This mania of changing street names happens all the time and everywhere.  London changed streets named after colonial characters whose reputations are now in question.  The irony is that it is Saddiq Khan, the Mayor of London, who is presiding over these changes in the aftermath of Black Lives Matter protests.

Unlike Colombo, New Delhi (and other state capitals) renamed their colonial era street names after internationally famous people, like Nelson Mandela.  In Colombo, one hardly knows some of the characters whose names adorn streets.

Kandy is a special case.  Before the colonial era, streets in Kandy had local names.  The British changed them in “honour” of their leaders.  Postindependence, many street names were changed back to the pre-colonial era names.