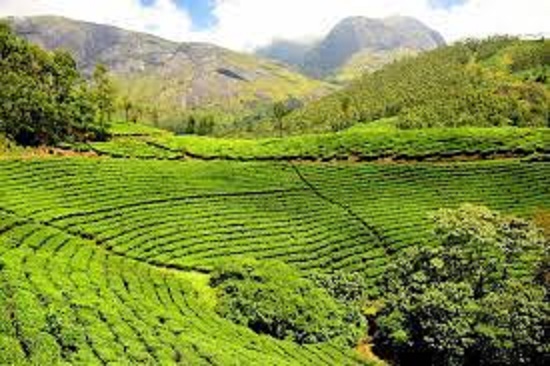 Sri Lanka’s Regional Plantation Companies (RPCs) added their support to national efforts aimed at enhancing food security, with the launch of a new campaign to boost cultivation on RPC lands, while providing crucial assistance to their employees in mitigating the impact of increasing food prices.

In total, the 24 private sector-owned RPCs in the country have collectively either engaged in direct cultivation or provided assistance for the cultivation of short-term crops used for everyday consumption. These crops are produced for the consumption of over a million RPC employees and residents living in RPC estates and also in surrounding villages.

With the support of state authorities, RPCs have allocated lands and provided inputs like seed material and plant nutrients at their own expense. Up to now, with the assistance of the Plantation Human Development Trust (PHDT), the Department of Agriculture and Agrarian Services and the project’s beneficiaries, the RPCs have established around 578 model home garden plots and 7,000 home gardens.

Through the partnership, a total of 1,000 model gardens will be set up around Child Development Centers, in addition to a further 20,000 home gardens that will be developed within RPC estates.

Crucially, the initiative is not done for profit instead being solely focused on enhancing food security for estate sector communities. Some RPCs will also be assisting employees to sell surplus crops at concessionary prices generating further opportunities for income supplementation.

“Sri Lanka is in the midst of an unprecedented economic crisis coupled with an impending food shortage where there are families who cannot even afford 3 meals a day. As RPCs we’ve felt it incumbent on all individuals, organisations and communities that are able to take whatever steps possible to engage in food cultivation to mitigate this crisis.”

“By helping to sustain a large resident population, the RPCs aim to do their utmost to support this belated national effort to avert the coming food shortages. Parallel to our efforts to expand cultivation, RPCs have also launched a series of initiatives to further insulate our employees from the impact of sharp increases in food prices by distributing food and essential rations, , and establishing community kitchens to provide nutritious meals,”  Planters’ Association of Ceylon Media Spokesperson, Dr. Roshan Rajadurai said.

Responding proactively and aggressively to the potential threat posed by the food crisis, the RPCs have directly cultivated some extents while some cultivations have been planted together with the beneficiaries. The crops which have been cultivated under the initiative include manioc, yams, maize, potatoes, banana, chillies and vegetables such as brinjal, capsicum, leeks, beet and carrots.

The timely initiative will assist in mitigating the impact of the global food crisis and the sharp increase in local food prices on the plantation community. Food prices in Sri Lanka rose by an unprecedented 76% in June 2022 on a year-on-year basis, as measured by the National Consumer Price Index (NCPI) of the Central Bank.

Complementing these efforts, with the assistance of other stakeholders including the RPCs, the PHDT has provided access to food items at a lower cost to the plantation community, through the ‘super co-ops’ operating in RPC estates. Employees can also purchase items at these outlets on credit and repay once they receive their wages.

Further, mid-day meals for employees will be introduced in certain RPC estates. Efforts have also been taken by the PHDT to monitor the health of members of the plantation community and to strengthen their understanding on nutrition and financial management.