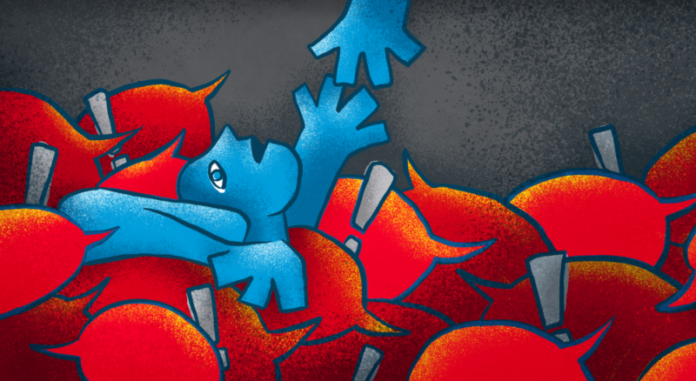 Today, on the 18th of June 2022, we celebrate the inaugural International Day for Countering Hate Speech. Recognizing the global rise and concern over hate speech, last year in the month of July, the UN General Assembly adopted a resolution on “promoting inter-religious and intercultural dialogue and tolerance in countering hate speech”. The resolution proclaimed 18 June as the International Day for Countering Hate Speech.

“Today marks a milestone in the global initiative to counter discrimination, xenophobia and hate speech as for the first time, upon celebrating this day, we are reminded of the need to increase our efforts to address the unprecedented proliferation of hate speech which undermines the respect for human dignity, equality, and peace.” said Hon. Chairperson of the Women Parliamentarians’ Caucus, Dr. Sudarshini Fernandopulle.

Remarkably, the need and responsibility to counter hate speech lies not merely on the State but a multitude of actors including the private sector, the media and internet corporations, community leaders, actors of civil society or simply on individuals. This is particularly so, due to the fact that in the wake of social media, providing a platform for anyone who has access to the internet to raise their voice, a moral duty is cast on every human being to be aware and take active steps to counter hate speech. Thus, it is not an abstract initiative but one that is very much relevant to everyone in society as anyone could be a target of hate speech, especially in today’s online-driven world. As more simply expressed by the UN Secretary General, Mr. Antonio Guterres in 2021, “Hatred is a danger to everyone – and so fighting it must be a job for everyone.”

This day is of particular importance to women and other vulnerable communities, as they are often the target of hate speech. In this regard, Dr. Sudarshini Fernandopulle opined “Being female politicians who are engaged in a vastly male-dominated sector, this day is of special importance to the Women Parliamentarians’ Caucus and we feel a sense of urgency and responsibility in our role in the global initiative to counter hate speech.”.

It is important to acknowledge that there is a discourse surrounding the impact of measures countering hate speech would have on the “freedom of opinion and expression”.  Freedom of speech and expression is a fundamental right and a corner-stone in any democracy which supports other human rights such as the freedom of association, the freedom to practice a religion etc.. “Coming from a workplace, where privileges are awarded to say what you want, the way you want without having to face any consequence whatsoever, I along with the other Members of the Caucus have first-hand experience to confidently say freedom of speech must never be exploited and weaponized. But in reality, it is often done so with the view to censor another party through intimidation”, said Dr.Fernandopulle. Therefore, measures against hate speech should be welcomed as initiatives to foster the freedom of speech, as it is by no means an absolute right that could be carelessly used for the detriment of others in society.

“In November 2021, I took the initiative to write on behalf of the Women’s Caucus to the Speaker of Parliament urging him to take steps preventing verbal harassment of female Members of Parliament by our male colleagues who constitute the vast majority in Parliament”, added Dr. Fernandopulle. There are ample examples attesting to the fact that lewd, suggestive and violating comments are often directed at Caucus members at the very place where laws are being formulated to govern the country.