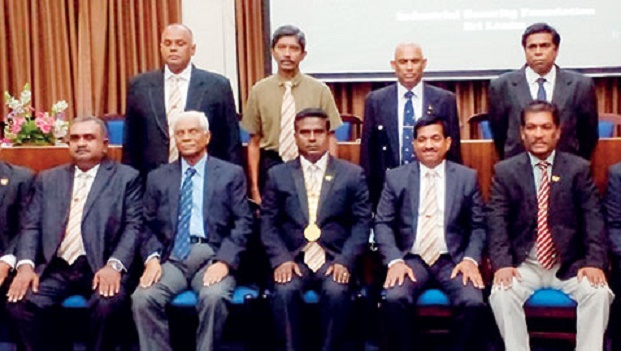 The Industrial Security Foundation (ISF), which acts as the sole organization in Sri Lanka to represent the Private Security industry having incorporated by an Act passed in the Parliament, Act No. 51 of 1999, elected Wing Commander (Retd.) Pradeep Kannangara as its President for the years 2022/2023 at its 30th annual General Meeting which was held at the PIM Auditorium in Borella.

Wing Commander Pradeep Kannangara was appointed President while 14 other members were appointed to the Executive Committee, strengthening the ISF in order to drive and uplift the standards of the private security industry in Sri Lanka.

He has served on the ExCo consecutively since 2012 under four different presidents where he held the positions of Senior Vice President during the last three consecutive years. He has also been a committed member of the ISF and was awarded prestigious coveted FISF title due to his many valuable contributions to the organization and the Private Security Industry in Sri Lanka in 2012.

Wing Commander Kannangara’s journey into private security began after a successful career in the Sri Lanka Air Force for over 24 years where he served in many capacities finally being the Officer Commanding of the Special Air Borne Force.

A recipient of the Ranasura Padakkama (RSP) Gallantry award for his bravery, sacrifices and service to the nation by the President of the Socialist Republic of Sri Lanka in 1990. He holds a Master’s in business management from the Edith Cowan University, Perth, Australia too and serves as a Board Director in AB Securitas (Private) Limited in Sri Lanka and AB Securitas Bangladesh Limited.