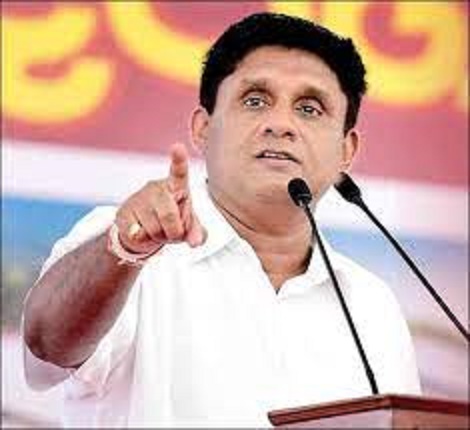 Opposition Leader Sajith Premadasa said he will go out of politics if he is unable to keep up his policy of forming a government with a real people’s mandate rather than doing so through political deals.

Speaking during the SJB protest march in Mawanella, Mr. Premadasa said his party cannot be a part of any interim government as only 23 percent of the people have given a mandate to them to run the nation during the last general election.

“SJB was given only a 23 percent mandate by the people of this country at the last general elections. Therefore we cannot form a government with such a mandate. We need a fresh mandate to form a government. If anyone wants to get involved in a political deal such a person is free to do so. I am prepared to give up and go home if I am unable to engage in politics without any deal. My dear father, I will go home if I cannot avoid political deals,” he said, facing the statue of his late father President R. Premadasa.

Also he refuted the claim made by MP Vasudeva Nanayakkara that SJB has got into a deal with former Minister, Basil Rajapaksa.

Meanwhile MP S. M. Marikar told a press conference that SJB will not associate with any one including those who have left the government if they don’t agree to its call for the President to resign.

“We are of the opinion that President Gotabaya Rajapaksa should also resign. We will bring in an impeachment motion after we hand over the no faith motion against the government next week. We are with those in Galle Face who want all Rajapaksas to resign,” he said.