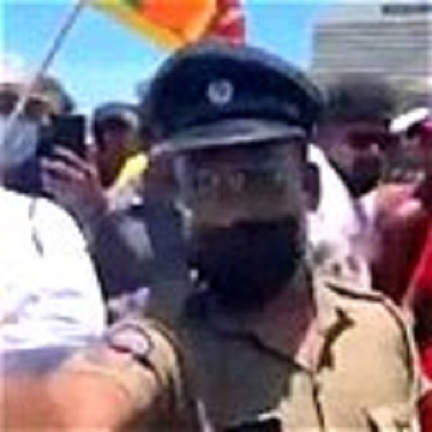 The Police Sergeant, who was arrested for making a statement to media at Galle Face while in uniform, has been released on bail after he was produced in court yesterday, April 15.

The sergeant, who was assigned to the Ratnapura Siripagama Police Station on special duty, joined the protest at the Galle Face Green while in uniform. He was arrested by the Fort Police over the incident.

Police produced the Sergeant in Court on charges under sections of the Penal Code, the Police Ordinance, and the Official Secrets Ordinance.

A group of pro bono lawyers including President’s Counsels appeared in court on behalf of the police sergeant. The case is due to be heard again on the 29th.

Meanwhile the police have also commenced an investigation regarding the police sergeant who joined the Galle Face protest in uniform. The police stated that further action will be taken based on the progress of the investigation.

The Police Headquarters issuing a statement said a Policeman must work within the jurisdictions of the service when on duty. 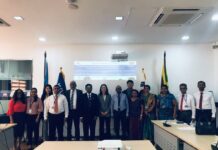