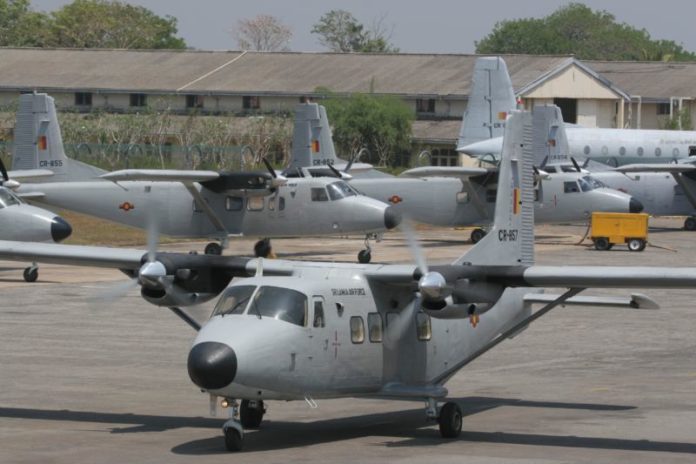 No 8 Tactical Transport Squadron which is famously known as the cradle for all transport pilots celebrates its 26th Anniversary on 02nd April 2022. The squadron was established in 1996 which was previously known as No 201 Squadron. The renowned Y-12 aircraft are utilizing since its inception and progressively strengthen up the inventory with the induction of B-200 aircraft for diversified roles in the entire spectrum of airpower applications which includes the VVIP/VIP transportations, causality evacuations, air ambulances, visual and senser augmented day/night real time surveillances and  reconnaissance, search and rescue operations and limited offensive engagement with improvised aerial bombs.

Recently, Squadron expanded its operations with two MA-60 aircraft to blossom the domestic commercial flying operations in the country. During the long history of the Squadron, it has been placed under the guidance of 16 Commanding Officers and presently Commanded by Group Captain Poojana Gunathilake.

To commemorate the 26th anniversary as a Community Service Responsibility project, personnel from No 8 Squadron conduct a program to uplift the living standard of disabled personnel at Camelia School Mattegoda and a religious ceremony has also been planned to held at Mallikarama temple on Ratmalana on 02nd April 2022.