The strength of the military and sustainable economic development are two sides of a
coin, which stay together, but never talk to each other in open. Military spending is
basically the state borne expenditure, which indirectly stimulates and opens avenues for
economic growth by way of assuring national and human security.

State Minister of Defence Hon. Premitha Bandara Thennakoon raising his concerns into
the status quo mentioned that despite the approved cadre of the Army, which is now
200,783, it will be reduced to 135,000 by 2024 and it has been projected to right size the
strength to 100,000 by 2030.

The overall aim of the strategic blueprint is to broach a technically and tactically sound
and well-balanced defence force by the year 2030 in order to meet upcoming security
challenges on a par with the National Security dimensions of the country. 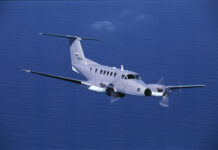 The No 3 Maritime Squadron proudly celebrates its 4th anniversary today (11 January 2023) after the re-establishment of the Squadron at SLAF Academy China...