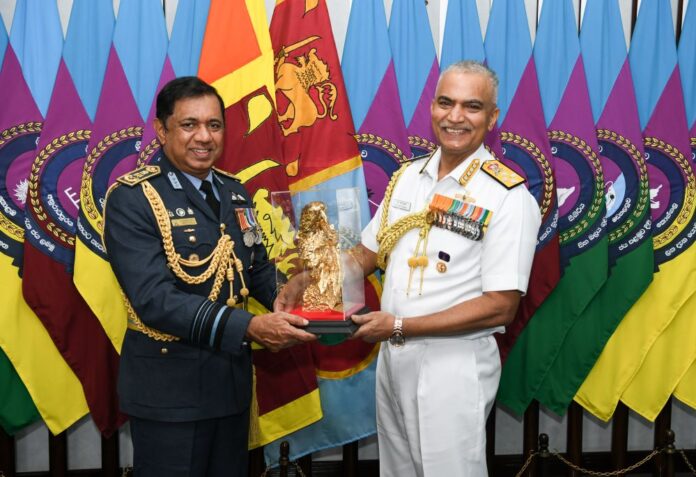 The Navy Chief was received upon arrival by the Commanding Officer SLAF Station Colombo, Air Commodore PSN Fernando and was conferred a ceremonial Guard of Honour by the No. 43 Colour Wing of the SLAF.

The visiting Naval Chief discussed matters of mutual interest with the SLAF Commander. Admiral R Hari Kumar also met with the Chief of Staff of the SLAF and the Air Force Board of Management after which official plaques were exchanged to mark the occasion.