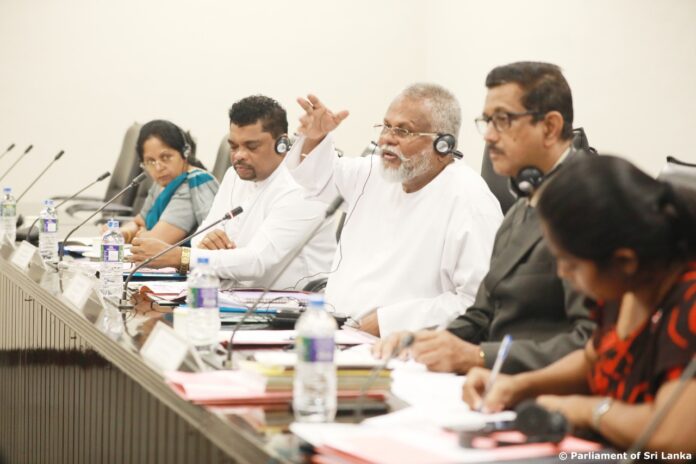 Fisheries Minister Hon. Douglas Devananda said recently (29) that due to the fuel problem, steps will be taken to introduce electric motor boats for fishermen from next year.

Minister mentioned this at the meeting of Ministerial Consultative Committee on fisheries held recently (29) in Parliament.

The minister pointed out that it is expected to introduce electric motor boats that can travel 100 kilometers using batteries and the cost is only 86 rupees per day to fishermen engaged in small fishing.

Minister also mentioned that attention has also been paid for providing electricity generation facilities through solar panels and wind turbines for boats using kerosene and diesel.

State Minister of Fisheries Hon. Piyal Nishantha, mentioned that a special mobile service is being implemented successfully by the ministry to solve the problems faced by the fishermen and through it many problems of the fishermen can be solved.

Meanwhile, the members drew the committee’s attention to the import of canned fish from foreign countries. The officials pointed out that no one has been allowed to import canned fish without a license.

Meanwhile, the need to encourage freshwater fishing to provide the protein needs of the people was also discussed at the committee. For this purpose, the MPs requested to expand the program of releasing fish fry into the reservoirs. Minister informed  that next year, a program will be implemented to release fish fry to 2500 selected fresh water reservoirs.

Also, the members drew the attention of the committee to the problems faced by fishermen in different parts of the island.