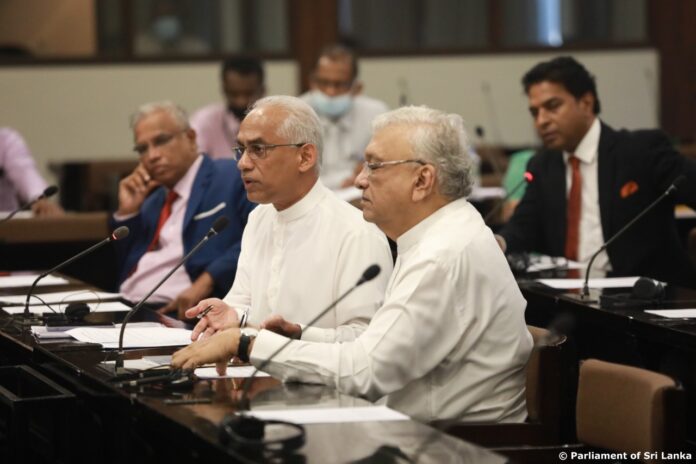 The Secretary General of the Parliament, Mr. Dhammika Dasanayake said that it was decided to hold the debate on the Second Reading of the Value Added Tax (Amendment) Bill and Inland Revenue (Amendment) Bills on December 09th. This was decided at the Committee on Parliamentary Business held today (25) under the chairmanship of Hon. Mahinda Yapa Abeywardana, Speaker of Parliament.

Accordingly, The Secretary General stated that time is allotted from 9.30 am to 10.30 am for Questions for Oral Answers on the 9th, and from 10.30 a.m. to 5.00 p.m. the said Bills are scheduled to be taken up for debate. Furthermore, the Motion at the Adjournment Time by the Government is scheduled from 5.00 p.m. – 5.30 p.m on the same day.

The entire day on December 09th was reserved for Questions for Oral Answers previously. However, it was decided to hold it on December 10th.

Furthermore, the Secretary General added that post the committee stage debate on the Appropriation Bill 2023 scheduled on the 30th, the Second Reading of the Appropriation (Amendment) Bill related to the fiscal year 2022 and the Resolution under the Local Treasury Bills Ordinance are to be presented in Parliament for approval.