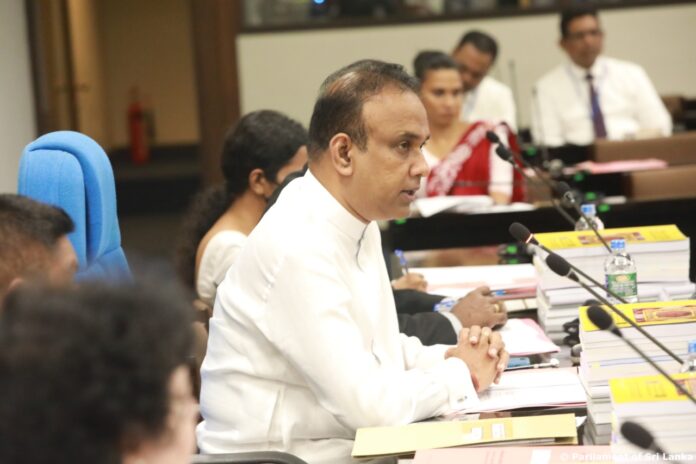 Budget allocation made to fund and support the SME sector – Hon. (Dr.) Ramesh Pathirana states at the Ministerial Consultative Committee on industries

The chairman of the Ministerial Consultative Committee on industries Hon. (Dr.) Ramesh Pathirana stated that the budget for the year 2023 had set aside an amount of 2 billion to fund and support the SME sector.

The Minister stated the above acknowledging the concern raised by Hon. Sajith Premadasa, Leader of the Opposition over the Small and Medium Enterprises (SMEs) under the present context at the Committee meeting held.

The Committee was also of the view that a proper mechanism needs to be set out to asses SMEs to which assistance is to be granted in a methodically executed manner.

Furthermore, 19 Annual Reports which has been pending for a long period of time was presented before the Committee for its consideration and was approved.

The said reports were considered and approved at the first meeting of the Ministerial Consultative Committee on industries for the third session of the ninth Parliament held recently (16), chaired by Hon. (Dr.) Ramesh Pathirana, Minister of Plantation Industries and Minister of Industries.

Many concerns on various industries from matters that arise challenging the development of the batik industry and the availability of raw material required for the industry, concerns pertaining to the national gem and Jewelry industry were also brought to attention by Members of Parliament at the Committee meeting held.