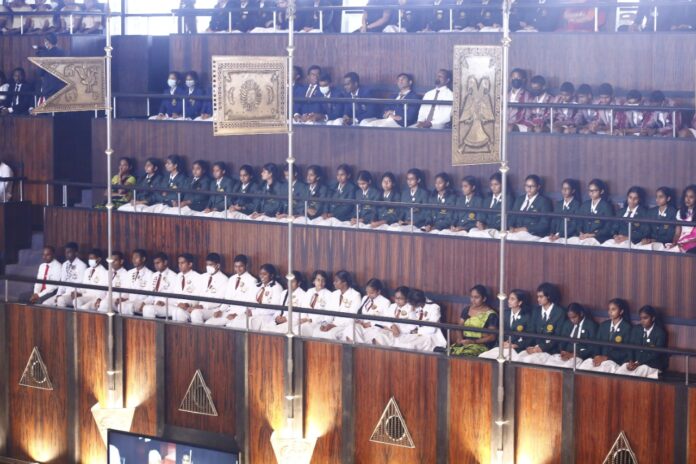 Mr. Narendra Fernando, Serjeant-at-Arms said that nearly five hundred persons representing youth and school children came to Parliament today (14) to listen to the budget speech presented by the President Hon. Ranil Wickremesinghe in his capacity as the Minister of Finance.

The Serjeant-at-Arms further said that this is the first time in the history of Parliament that the youth community and school children have been given the opportunity to observe the presentation of the budget.

Following witnessing the budget debate, they also joined for a tour around the Parliament.