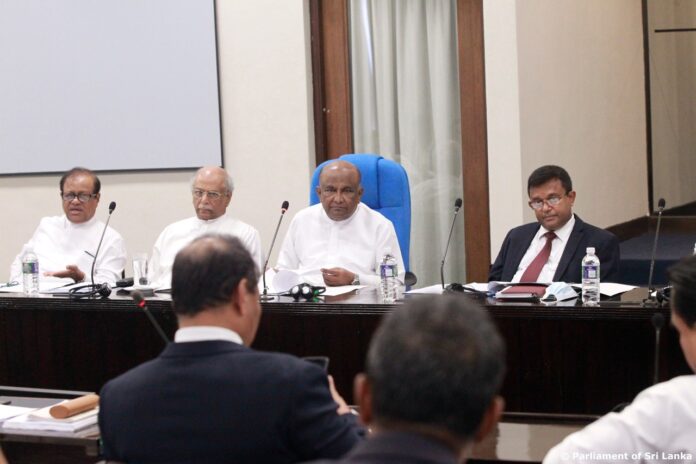 A special meeting attended by the Party leaders and members of the Committee on Parliamentary Business to discuss the draft bill for the establishment of the Budget Office of the Parliament was held today (10) in Parliament under the chairmanship of the Speaker Hon. Mahinda Yapa Abeywardena and the participation of the Prime Minister Hon. Dinesh Gunawardena.

The Members of Parliament who were present had a lengthy discussion on the draft bill related to the establishment of the budget office of the parliament. Also, it was decided to meet again in two weeks after further study of this bill.