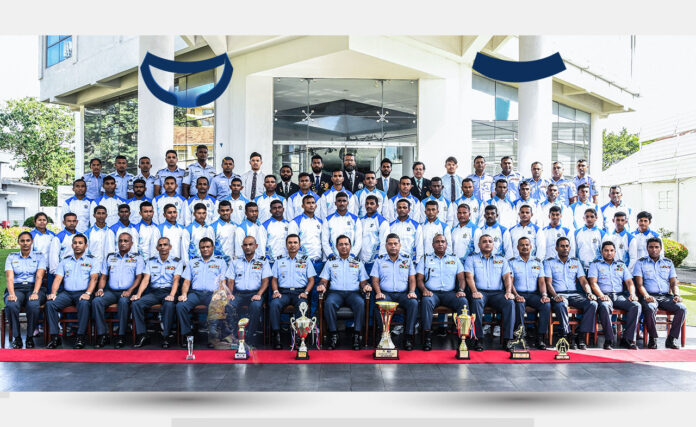 The Commander of the Air Force, Air Marshal Sudarshana Pathirana in the capacity of President Air Force Sports Council (AFSC) graced a special felicitation ceremony which was held this morning (31 October 2022) at Air Force Headquarters. SLAF Sportsmen in the disciplines of Baseball, Hockey and Rugby were felicitated during the ceremony. The personnel from these sports have performed outstandingly at National and International Sports Championships. Meanwhile, keen individuals who performed National and International levels were also felicitated with special rewards by the President Air Force Sports Council.

Additionally, the Commander of the Air Force, promoted the two individuals of the National Women’s Cricket, Corporal Ranasinghe OU to the next rank of Sergeant and Leading Aircraftwoman Shehani KGM to the next rank of Corporal in appreciation of their performances to achieve Runners-up in Asian Cricket Council (ACC) Women’s T-20 Championship 2022.

The event was attended by the Chief of Staff, Members of the Air Force Board of Management along with Chairmen, Secretaries, Managers and a cross-section of players of SLAF Sports Disciplines.