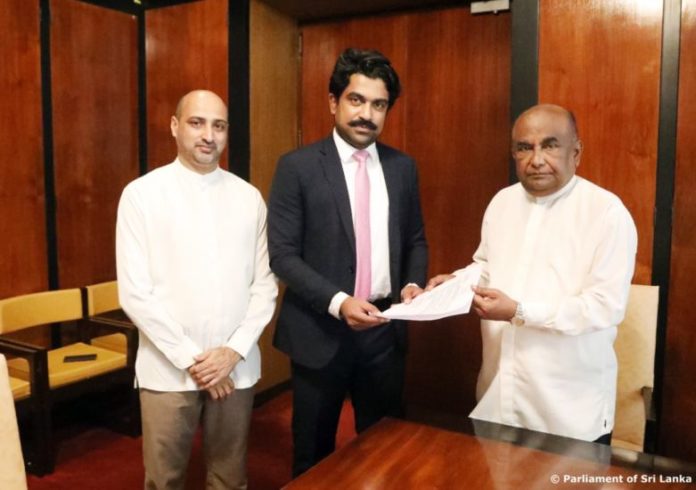 A letter to the Hon. Speaker requesting for the establishment of a Select Committee to consider the situation faced by the local film industry and to re-establish its business principles, prepare a list of priorities, re-establish audience attraction as it was during 1971-1979 was submitted today (23).

It is stated in this letter, which has been handed over with the signatures of a number of opposition members of the Parliament, that it is an essential factor to update the local film production and post-production process in view of the progress achieved by digitalization instead of traditional filmmaking.

The letter further states that it is essential to include in the government policy the creation of a full-time state-sponsored cinema school for the young generation who have the desire and talent to enter the film industry after completing their school education.

Although there are universities to produce other professionals, the letter emphasizes the lack of a university in Sri Lanka to study cinema and television media full-time.

International film production and distribution in addition to the cinema, the methods to be implemented for the exhibition of NETFLIX, PRIME VIDEO, and other OTT PLATFORMS through other digital media, and to make prior agreements with those companies and to submit observations and recommendations to the Parliament. The letter thus requested the Speaker to establish a special committee for this purpose.