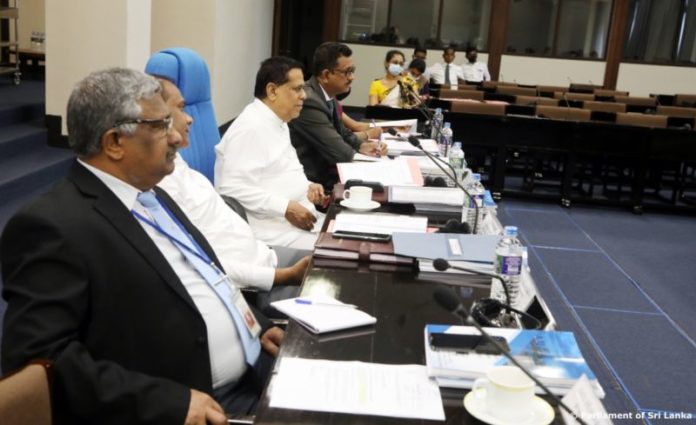 Instructions from the Minister of Ports and shipping to expand the role of institutions falling under the Ministry.

The Minister of Ports, Shipping and Aviation Hon. Nimal Siripala de Silva gave instructions to the relevant officials yesterday (20), in Parliament, to expand the operations of the Sri Lanka Ports Authority and other institutions under the ministry to increase efficiency. The Minister said that like in many countries of the world, in Sri Lanka too, women are already working as crane operators in the port and steps will be taken to recruit more in the future.

The Minister stated the above at the first meeting of the Ministerial Consultative Committee on Ports, Shipping and Aviation held yesterday (20).

The committee also agreed to the regulation under the Civil Aviation Act No. 14 of 2010 to be submitted to Parliament for approval on the 22nd. The purpose of this is to correct a printing error in the Civil Aviation Services (Issue of Licenses to Personnel and Training Institutions) orders published by Extraordinary Gazette No. 2078/22 dated 3rd July, 2018.