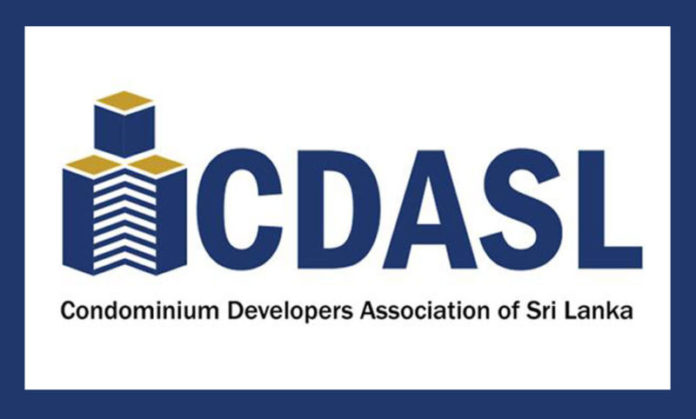 Condominium Developers being held to Ransom.

Condominium Developers are being held to ransom by suppliers of building materials, fittings, fixtures and even services to an extent that the continuity of this vital sector of the economy is under serious threat.

What is being experienced by many sections of trade and commerce be it retail, wholesale, consumer or industrial is what could be aptly termed “the inflation of greed” where profits are boosted or “inflated” in total disproportion to increase in costs.

Whilst the US Dollar (the predominant currency of import) has doubled vis a vis the Sri Lanka Rupee, and Freight rates have also gone up considerably (although freight rates in certain instances have increased by 200%, its overall impact on CIF prices is considerably lower averaging about 10% of FOB depending on density). These increases do not by any means translate into the unconscionable increases that are evidenced across a spectrum of products.

What is most ironic is that some of the primary materials are manufactured in Sri Lanka and others have a high degree of local value addition and are thereby not impacted by exchange rates or increases in freight charges. Nonetheless, these too reflect and share the skyrocketing inflation of finished imports.

The Condominium and Construction Industry directly employs over 600,000 people, i.e., a dependent population of approximately 2.4 million. Indirectly employment generation is perhaps in excess of 1,000,000 people.

It is this vast multitude whose livelihood is being subverted by short-sighted policies of greed and unfettered profiteering.

Further exacerbated by needless and unjustified protectionism such as in the case of Tiles, Steel, Cement, Furniture, Kitchen, and Doors.

Which affect choice, product quality, availability and price and create a monopoly for a few players with dire consequences on an entire industry.

The industry, is an integral part of the country’s development and sustainability conserving as it does land banks and resources with exponentially effective efficiencies and economies of scale, greater affordability and reduced strain on transport systems.

It is also (contrary to some beliefs) in its nascent stage in Sri Lanka with a mere 6% Condominia compared to 50% and over in other comparable Metropolis. The notion that Condominia predominantly cater to the high end of the market is similarly unsound, and it is only these vertical developments that can address the growing need for both mid low-income housing.

In a situation where FDI is the crying need it is inconceivable that so many strictures and restrictive Banking procedures still remain to thwart and frustrate foreign investment into Sri Lanka Real Estate. The recent introduction (or reintroduction) of an investment linked Residential Visa facility – this time labelled the “Golden Visa” is welcomed, but it is critical that line ministries and departments don’t drown applications in bureaucratic stonewalling and unofficial/ individual interpretations of eligibility.

The Condominium Industry can with little effort but subject to an enabling framework generate as much as USD 150 million or 20% of realistically achievable FDI, placing it on level with other significant earners of FDI who have been recognized as contributors and supported in a meaningful manner for decades. The total FDI in 2019 fell to 793 million US dollars and last year it recorded 548 million US dollars.

Also very significant is that Foreign Investment in Real Estate / Condominia is by its very nature long-term and less affected by short-term sentiment unlike for instance the profit taking and exit of many investors in the Stock Exchange.

Need to Market Sri Lanka in a Holistic Manner.

The whole would be much bigger than the sum of its parts should Sri Lanka be marketed as a holistic entity catering to myriad investment interests.

In one instance when a roadshow combining Hong Kong and Melbourne/Sydney showcased both the Financial and Real Estate Sectors substantial interest and significant results were yielded, despite which it was not repeated due to parochial insecurities. It should be a “no brainer” that enlarging the Pie and securing an equitable slice is better than squabbling for a larger share of a smaller one.

The relationship between Real Estate and Tourism is also a given. Take the example of Phuket (not greater Thailand) which prior to Covid was registering 14 M tourist arrivals/annum – more than 7 times Sri Lanka’s numbers at its peak. Tourism industry analysts agree that the long-term sustainability and growth of tourism in Phuket were significantly boosted and supported by Condominium Development.

Whilst all agree that quantum increases in tourist arrivals would be an effective panacea for Sri Lanka’s ills, the irony is that should promotion efforts meet with success, there wouldn’t be sufficient rooms to cater to the demand. There are an estimated 40,000 beds in the Hotel sector and 50,000 in the so-called informal sector.

This is not accounting for how many hotels and guest houses have shut down post COVID and the Economic/fuel crisis. It is time that segregation through nomenclature such as formal, informal and alternate is set aside and that each is supported as valuable stakeholders.

Thankfully neither of these scenarios is anywhere near the truth!

Completed Apartments that are on offer can never be offered for the same price in the future as construction costs have doubled/ tripled or even quadrupled depending on percentage of construction already completed.

And well substantiated Market research including Central Bank statistics vouch for no lowering of Condo value or prices whatsoever.

The stark reality though is that Developers with partially constructed properties and current Buyers / those who have paid deposits on “old pricing” will jointly face difficulty.

On the one hand, exponentially increased costs preclude the adherence to previously quoted prices and on the other hand buyers facing unanticipated cost increases and hiked-up interest rates.

At present no Developers are embarking on new Projects as budgeting even in the short term is impossible.

What can alleviate the situation.

Firstly, the pragmatic realization that further taxation such as the re-imposition and increase of input VAT and Social Security Levy are short sighted, ineffective and ill thought-out measures which will have an effect contrary to its objective.

Secondly a rationalization of the multiple layers of para tariffs, such as PAL, CESS, Excise Duty, etc.

Thirdly a review of protectionism and the revisiting of negative lists and restrictions which severely impair quality standards.

Fourthly a change to the mindset that Condominia and Apartments are “Luxury Developments”, are for the rich, and therefore can be pushed into extinction. As mentioned earlier Condos are the solution towards cost-effective conservation of resources and the enhancement of low/middle-class urban lifestyles country wide.

The need of the hour is for the Urban Development Ministry and all its satellite departments, the Finance Ministry and the Banking sector to adopt more of a supporting role than that of restriction and control. And for policies that would protect, nurture and support this vital yet oft-ignored industry be promulgated AND implemented for the greater the state and all stakeholders.