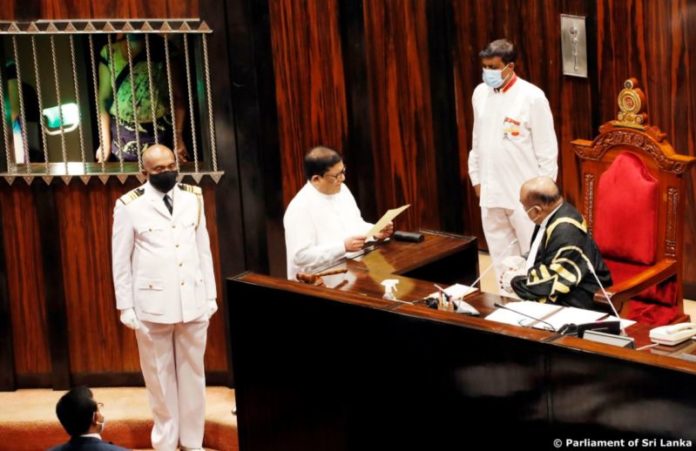 Hon. Wajira Abeywardana was sworn in as a National List Member of the United National Party (UNP) today (27) before Hon. Mahinda Yapa Abeywardana, the Speaker of Parliament.

Following taking the oath before the Speaker, he signed the Member Roll kept before the Secretary General of Parliament Mr. Dhammika Dasanayake.

Hon. Wajira Abeywardana was appointed as the National List member of the United National Party, given the vacancy created due to the swearing in of Hon. Ranil Wickremesinghe as the President.

Hon. Wajira Abeywardana was born on 02.09.1961 and is an alumnus of Mahinda Vidyalaya, Galle. He also holds an engineering degree from the University of Moratuwa.