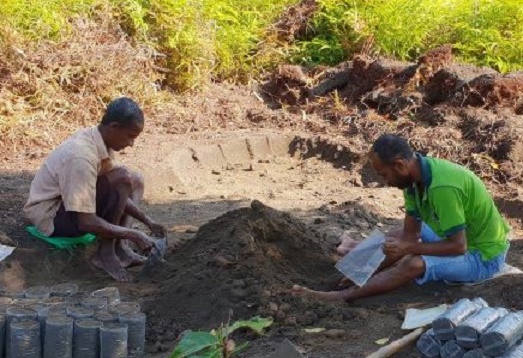 The five-year restoration programme implemented by Biodiversity Sri Lanka (BSL) with the technical support of the International Union for Conservation of Nature (IUCN), functions under the guidance of the Forest Department. The bank has been an active contributor to the restoration project which ensures the establishment of on-site nurseries, fertilizing plants, soil conservation, improving plant protection methods and ensuring the plants are watered during the dry season.

Commenting on the completion of another impactful year, HNB Head of Sustainability/DGM/CHRO, L Chiranthi Cooray shared, “We at HNB are pleased to see the progress made at the Kanneliya Forest Reserve. A land that was once considered destroyed is now on its way to becoming a replenished source of life, home to multiple species in the country’s ecosystem”.

“Partnering with a project of such significance solidifies HNB’s sustainable development, not only within the organization but also in the environment it so successfully thrives in. We are grateful to the BSL, the IUCN and also the Forest Department for batting on despite the economic uncertainty. Their efforts to sustain the country’s ecological resources must be commended, and HNB looks forward to supporting them through to the end of the project.”

The Kanneliya Dediyagala Nakiyadeniya (KDN) complex is the second-largest block of lowland rainforest in Sri Lanka following the Sinharaja Forest. The complex was declared a conservation forest in 1995 and is managed by the Forest Department of Sri Lanka with multiple corporates across the country joining hands to restore the land. A report highlighting the status of the project found that the land, has shown remarkable progress in reforestation due to restoration efforts.

Most recently, the bank extended its ‘Walk the Talk’ initiative to promote a more eco-friendly, healthy and economical mode of transportation among its employees on World Bicycle Day, encouraging simple interventions with major potential, to reduce its carbon footprint. HNB also promotes carpooling and public transportation to save fuel, and has partnered with vendors to provide bicycles at discounted rates to its employees.

Moreover, HNB has always invested in energy efficient equipment across all of its customer centers since its inception. These efforts have ensured that 95 of the 256 customer centers solar powered, reducing the dependency on the national grid by 19.7% in 2021.