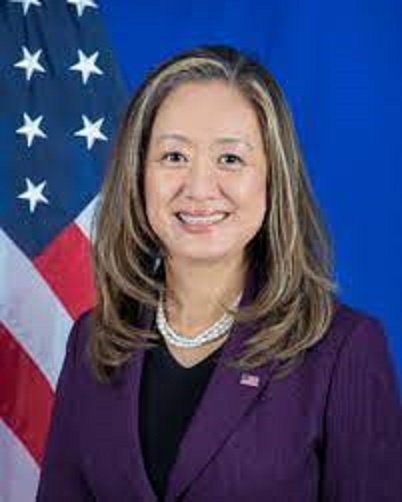 Ambassador Chung tweeted Friday July 22 evening that she had expressed her grave concern over the “unnecessary and deeply troubling escalation of violence against protestors overnight”.

The President & cabinet have an opportunity and an obligation to respond to the calls of Sri Lankans for a better future.

“The President and cabinet have an opportunity and an obligation to respond to the calls of Sri Lankans for a better future,” Ambassador Julie Chung said.
“This is not the time to crack down on citizens, but instead to look ahead at the immediate and tangible steps the government can take to regain the trust of the people, restore stability, and rebuild the economy,” she added.
Ambassador Chung did not elaborate and did not reveal the president’s response.