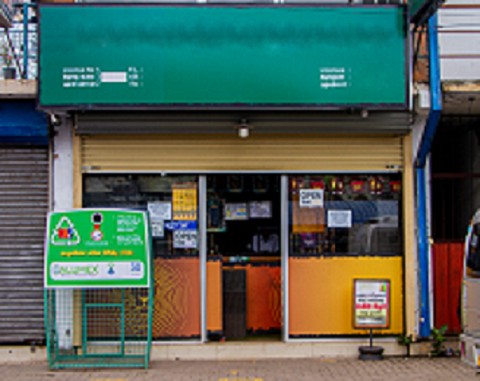 ASI is a not-for-profit standard-setting and certification organization, bringing together producers, users and stakeholders in the value chain with a commitment to maximising the contribution of aluminium to a sustainable society. As the first Sri Lankan manufacturer to have committed to the standards, Alumex will work with members to foster responsible production, sourcing and stewardship.

“As Sri Lanka’s largest manufacturer and exporter of aluminium, we are well aware of the importance of integrating sustainability in our business and manufacturing process. ASI is backed by an assurance program which will enable us to strengthen our commitment to transparency and credibility. We believe this is fundamentally important for our people and customers in Sri Lanka and our rapidly expanding export markets,” Alumex Managing Director, Pramuk Dediwela said.

The ASI certification programme provides assurance for two voluntary standards: the ASI Performance Standard and the ASI Chain of Custody Standard. While the former defines environmental, social and governance principles and criteria addressing sustainability, the latter sets out the requirements for the maintenance of materials.

Notably, Alumex strengthened its commitment to sustainability by setting up an aluminium waste-collection points in selected areas. The manufacturer also upgraded its recycling facility with state-of-the-art machinery to significantly reduce its environmental footprint.

Alumex’s latest facility in Sapugaskanda is capable of recycling more than 1200 metric tons of Aluminium scrap per month which can be upgraded by another 1200 metric tons, with an annual recycling capacity of 28,800 metric tons. With the commencement of its commercial operation by July 2022, this would become the largest Aluminium recycling plant in Sri Lanka with the state-of-the-art technology.

Most recently, Alumex was recognised for its strong commitment to transparency and governance at the Asia Integrated Reporting Awards. The manufacturer was honoured with the Bronze in Integrated Report (SME) category for its disclosures on value creation to stakeholders.

Since its inception in 2012, ASI has become the recognised authority in Aluminium stewardship, enabling the industry to demonstrate responsibility and provide independent, credible, and verifiable information regarding practices and improvements in ethical, social and environmental performance. ASI currently has 232 members globally and has issued 128 certifications against the ASI performance standard and 51 against the CoC standard. ASI members are operating in 47 countries throughout the world.

Founded in 1986, Alumex PLC is a subsidiary of Sri Lankan multinational and diversified conglomerate Hayleys Group. Alumex is a fully integrated manufacturer of aluminium profiles in Sri Lanka.

Endorsed with over 35 years of industry expertise, the company develops and manufactures aluminium extrusions for an extensive suite of applications & systems such as fabrication of doors, windows, shop fronts, curtain walls and other specialised commercial applications, including globally renowned Aluminium Proprietary Door, Window & Façade Systems under license.

With a wide range of architectural, residential and industrial products made available through its national and retail distribution system, Alumex provides customers with products on par with the highest international standards. Alumex exports its pre-engineered products to the USA, UK, Canada, Australia, and New Zealand.