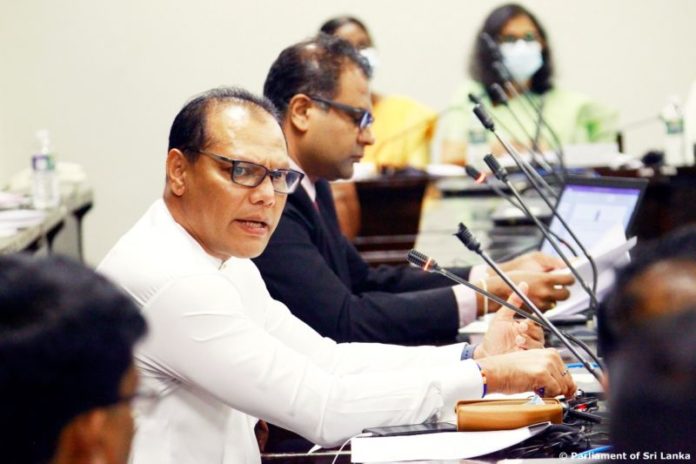 It was revealed at the Committee on Public Accounts (COPA) that the purchase of tires and other spare parts for Sri Lanka Transport Board (SLTB) buses is in a problematic situation in the current competitive market due to the increase in prices.

This was revealed recently (05) when the Committee on Public Accounts met under the chairmanship of Member of Parliament Hon. (Prof) Tissa Vitharana to examine the plans developed under the Ministry of Transport and Highways to provide efficient transport services to the general public under the current economic crisis in Sri Lanka.

Here the officials of the Ministry of Transport and Highways explained to the Committee about the future plans of the Ministry. The members present asked about the quality of buses and the problems of bus operation. Officials pointed out that due to rising prices, it has become problematic to buy accessories for buses in today’s competitive market. The officials said that there have been problems especially in making purchases after calling for tenders.

They also said that even though the public transport service should be further developed, it has become a problematic situation for a public institution to buy equipment at the current prices and get profit.

Also, there was a discussion about the delayed importation of railway compartments that were planned to be imported to Sri Lanka under Indian loan subsidies in the year 2017. In particular, COPA questioned the officials about the non-use of 103 out of the 160 railway compartments purchased. Accordingly, the officials said that the vacuum brake system is in operation in this country and some of these train compartments are of the air brake system. The MPs asked who gave the approval for purchasing non-compliant train compartments. Thus, it was stated here that the officers are responsible for the decisions taken.

Accordingly, the committee pointed out that this situation should be controlled and the public should be prevented from being inconvenienced, and a system should be developed to check whether the buses that pump fuel from the depot filling stations are running. Especially the possibility of applying of G.P.S. technology for buses was also discussed here.

In addition, it was also revealed that although USD 1,056,555 was spent on the Sri Lanka Railway’s Master Plan in 2017 based on the financial grants of the Asian Development Bank, the same was not included in the ministry’s budget or financial statements. Accordingly, a report on this was recommended to be given to the COPA. Also, there was a discussion about combining railway transportation with new technology.