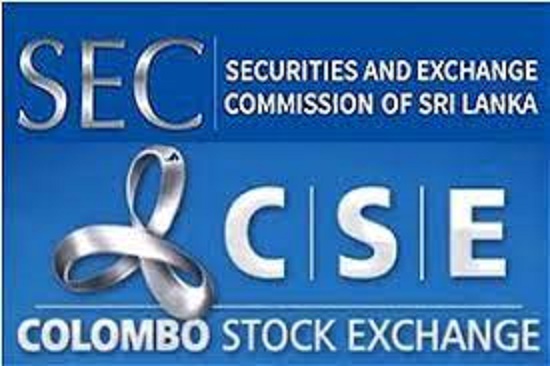 A super-holding company for managing State-Owned Enterprises (SOEs) has been identified as a globally successful model for SOE management. This model allows the government to adopt a more arms-length approach to SOEs’ operational decision-making, relieving it of the direct responsibility of overseeing all the SOEs dispersed across various industries, and redirect its budget and energy elsewhere.  The merits of this model have enabled countries such as Malaysia and Singapore, which have similar holding company structures, to ensure impressive performances of their SOEs.

This article is the first of a three-part series where part one and two provide an in depth analysis of the case of Singapore’s and Malaysia’s SOE holding company models (Singapore’s Temasek Holdings and Malaysia’s Khazanah Nasional), and their role in enabling economic growth and development for the respective countries. Part three will provide learnings for Sri Lanka, which can be adopted for the country’s SOE reform process. This series of articles is a joint effort by the Ceylon Chamber of Commerce (CCC) and the Colombo Stock Exchange (CSE).

Temasek was incorporated in 1974 under the Singapore Companies Act to hold and manage assets previously held by the Singapore Government. The objective of transferring assets to a commercial company was to free the Ministry of Finance of the responsibility so that it could focus on its core role of policymaking and regulations, while Temasek would own and manage these SOEs (also known as Government-linked Companies – GLCs) on a commercial basis.

Similar to any commercial company, Temasek has its own Board of Directors and a professional management team. It pays taxes to the government and distributes dividends to its shareholders. Temasek was established to contribute to Singapore’s economic growth by nurturing entities into world-class companies through effective stewardship and strategically driven commercial investments. Today, it operates in 9 countries and its portfolio value amounted to SGD 381 billion as at the end of March 2021. This is equivalent to around USD 283 billion, which is about 6 times Sri Lanka’s external debt accumulated over the years and about 4 times the amount of Sri Lanka’s Gross Domestic Product (GDP).

Temasek invested mainly in Singaporean companies in its early days, but it has turned into a major global investor in recent years. Geographically, the majority of these investments are in China (27%) followed by Singapore (24%), America (20%) and rest of the world (12%). Temasek operates a diversified portfolio spread across many segments such as Financial Services, Telecom, Media, Technology and Transportation and Industry. Please refer figure 01 for a breakdown of sectors.

Why was Temasek Successful?

SOEs are generally regarded as inefficient firms because of political interference, and corruption. Despite this, various studies[1] have shown that Singaporean SOEs exhibit higher valuations than non-SOEs, even after controlling for firm specific factors and also have better corporate governance practices.

The reasons for this lies in the political, social and economic context that Singapore faced during the period of self-governance to the early years of independence from the late 1950s to the early 1970s.

Temasek aims to help SOEs build effective boards by setting out guidelines on the appropriate composition of board, tenure of the directors, their size, and formation of specialized board committees.

Temasek encourages SOEs to stay focused on their core competencies and it will not disapprove of SOEs diversifying if it is done in the best interest of its shareholders.

Temasek encourages SOEs to recruit the best global talent and to reward them competitively.

Temasek works closely with their SOEs to adopt appropriate performance benchmarks to maximize returns on shareholder investments. It expects its companies to be profitable and generate a high rate of return on investment like any shareholder.

Therefore, Temasek’s stewardship has enabled SOEs to create value for their shareholders. This has led to the SOEs on average demonstrating higher valuations than non-SOEs, even after controlling for firm specific factors such as profitability, leverage, firm size, industry effect, and foreign ownership.

How has it Contributed to Development Goals?

Temasek is a government holding company that acts as a shareholder on behalf of the Singaporean government (Ministry of Finance). It pursues its developmental mandate by buying direct stakes in global companies, mostly in Singapore and Asian, and then reinvesting its proceeds from asset sales and dividend income into foreign assets, acting similar to a private equity fund.

The arms-length approach from the government has made it possible for Temasek’ to manage its financing and exercise independence. Temasek hasn’t received any regular financing from the government in its close to 50-year history, but receives ad-hoc occasional injections from time to time, which are publicly disclosed.

The compounded annualised total shareholder return since inception in 1974 is at 14% in Singapore dollar terms. The Temasek foundation oversees 23 non-profit philanthropic projects, and has positively impacted 1.5 million lives across Asia and Singapore through their community work.

The NIRC is estimated to be a SGD 21.56 billion for the financial year of 2022, and helps the government to make further investments for the long term such as in Education, Research and Development (R&D), and Healthcare.

Since 2016, the NIRC has been the single largest contributor to government coffers, overtaking corporate and personal income tax, and goods and services tax (GST), which are the next three largest sources of tax revenue in Singapore.

In 2021, NIRC contribution to government revenue stood at 20% while corporate income tax stood at 19%, personal income taxes at 13%, and the goods and services tax at 12%. This helped to fund COVID-19 support measures such as the job support scheme, the care and support package, alongside other long term initiatives such as enhancing Singapore’s education, healthcare, transport and social support systems, listed in the national budget.

There are very few countries in the world, which have national savings they can tap in order to fund their budgets, and it is especially rare for a country like Singapore, which has no natural resources.  This endowment, saved over time through hard work and discipline, has enabled the government to ensure fiscal strength. This fiscal strength has allowed the Singaporean government to support strategic entities such as Singapore Airlines and Changi Airport through cash injections during the pandemic.

The Colombo Stock Exchange (CSE) operates the only stock market in Sri Lanka and is responsible for providing a transparent and regulated environment where companies and investors can come together. The CSE is a company that is limited by guarantee established under the Laws of Sri Lanka. The CSE is licensed by the Securities and Exchange Commission of Sri Lanka (SEC) and is a mutual exchange consisting of 15 Members and 13 Trading Members. All Members and Trading Members are licensed by the SEC to operate as Stockbrokers. For more information, please visit: www.cse.lk.