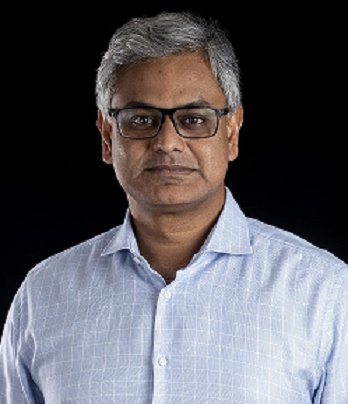 The transaction amounts to a value of LKR 27.06 billion. The debentures will be issued at a price of Rs.130 each, resulting in the issue of 208,125,000 debentures to Fairfax with a maturity period of three years. The debentures will accrue interest at a nominal interest rate of 3% per annum. Fairfax can convert each debenture to one new ordinary share of JKH after 18 months from the date of issue until maturity.

The maximum post-conversion dilution as a result of the issue amounts to 13.06% if all debentures are converted into new ordinary shares of JKH.

The proceeds from the issue will be used to support the Company’s investment and financing obligations, particularly in terms of managing the foreign currency linked funding requirements in investments such the West Container Terminal in the Port of Colombo and will significantly strengthen the financial position of the Group during these volatile times.

The recent steep depreciation of the LKR together with the significant increase in LKR interest rates has resulted in an increase of the funding commitments of the Group. The transaction will enable the Group to support this investment pipeline and match its foreign currency linked project costs whilst reducing the need to fund some of its requirements through the local banking sector given the stresses on capital and interest rates. Furthermore, the inflow of foreign exchange through this transaction will augment Sri Lanka’s foreign currency liquidity position and boost investor confidence in the country, particularly given the profile of the investor.

“By making this investment, Fairfax reaffirms its confidence in the prospects of the John Keells Group and Sri Lanka. We have made substantial investments over the years in a number of businesses in Sri Lanka. Our largest investment is in JKH where we have the highest confidence in the management, the transparent governance practices of the Group and the growth prospects of the businesses,” said Prem Watsa, Chairman and CEO of Fairfax Financial Holdings Limited.

“I believe that Sri Lanka will continue to be resilient and overcome the current challenges, as it has done on numerous occasions, and the country will soon regain its tremendous potential. I am encouraged by the preliminary steps being taken to stabilise the economy towards a more sustainable path of growth. Fairfax will look for more opportunities to invest in Sri Lanka and play a part in its economic transformation,” he also said.

“We are pleased by the confidence placed in us by Fairfax with this substantial investment. A commitment like this by a leading global institution is a vote of confidence in the John Keells Group and the prospects of our businesses,” said Krishan Balendra, Chairman and CEO of JKH.

“It is also an endorsement of the long-term economic prospects of Sri Lanka. We thank Fairfax for their confidence in making an investment of this scale in Sri Lanka at a challenging time like this,” he also said.

The transaction is subject to the Colombo Stock Exchange (CSE) approving in-principle the issue of the new ordinary shares of the Company arising from the conversion of the debentures, which will be listed on the CSE, JKH obtaining shareholder approval at an Extraordinary General Meeting, and conformance with regulatory and other requirements, as applicable to the parties. The Securities and Exchange Commission of Sri Lanka (SEC) has granted approval for JKH to proceed with the transaction.