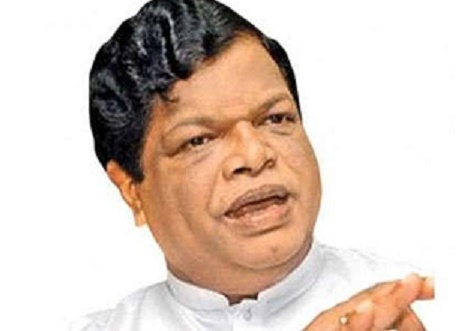 Mass Media Minister Dr. Bandula Gunawardana said that the May 9 violent incidents should be brought to the attention of the Inter-Parliamentary Union (IPU) and the Commonwealth Parliamentary Association (CPA) of which Sri Lanka is also a member and added that an international level investigation should be conducted regarding those incidents.

“According to my knowledge, this is the first time such an incident had occurred in the world where parliamentarians had to leave their houses to save their lives and they had only the clothes that they were wearing at the time. That is why I also told Parliament that this is an issue with regard to democracy,” the Minister told the Sunday Observer yesterdaysaid.

The Minister said if some say that the May 9 catastrophe occurred due to the attack on Galle Face protestors, could we justify to the world that the 1983 Black July had emerged and arson attacks were launched due to killing of 13 Army personnel by the LTTE and following their cremation at the Borella cemetery?

Dr. Gunawardana said, “It is true that a struggle was going on at the Galle Face Green and some unruly mobs had attacked those protestors. That is wrong and we vehemently condemn it. But nobody was killed or had broken arms or legs as a result of that attack. The May 9 incidents would go down in world history as a new record”.

The Minister said even though a certain group of people may not like it, in democratic countries, public representatives are elected by the people’s vote. The Legislature is the most supreme institution in a country. However, a Member of Parliament was brutally assaulted and killed by the mob. In addition, the houses of 72 parliamentarians were attacked and set on fire within 12 hours.

“The mob attacks on May 9 were planned and carried out in a well organised manner. Similar incidents of killing MPs, politicians, university lecturers and professors and bomb attacks on Parliament occurred during the 1987-1989 terror period. However, there was no similar incident in Sri Lanka’s history or world history where one parliamentarian was brutally killed and the houses of 72 parliamentarians were set on fire within a day. Therefore, this incident should be taken seriously,” he added.